AmaWaterways has christened its newest river cruise ship, AmaLea, in Vilshofen, Germany. The ceremony concluded a weeklong celebration, during which guests onboard were joined by AmaWaterways’ President and Co-Owner Rudi Schreiner, Executive Vice President and Co-Owner Kristin Karst.  AmaLea Godmother Filomena Andre of AAA Travel, along with travel industry friends and international media were also present.

The AmaWaterways AmaLea naming ceremony was led by Captain Jan de Bruijn who assisted Godmother Andre with the traditional ship christening.  Over 200 international and local guests joined in the special celebration.  A raising of a traditional Bavarian maypole was accompanied by a dockside cocktail reception, religious blessing and local entertainment.  Vilshofen Mayor Florian Gams also attended the ceremony. The event concluded later that evening with a fireworks display.

“We are thrilled to have our industry friends and business partners here with us in Vilshofen, celebrating the arrival of AmaLea, and marking an extraordinary time for us at AmaWaterways,” said Schreiner. “We look forward to welcoming many guests onboard this beautiful ship as she sails through the charming towns that sit along the banks of some of the most beautiful rivers in all of Europe.”

The 154-guest AmaLea features AmaWaterways’ exclusive twin balconies which offer views from both a French and outside balcony.  There are also four 350-sq. ft. suites, staterooms that connect and triple occupancy staterooms for multi-generational families.

AmaLea sports many of the same interior spaces as its sister ships.  There’s the Chef’s Table, a heated swimming pool with a swim-up bar on the sundeck, a fitness center and spa.  Along with free WiFi, each stateroom has its own Entertainment-on-Demand computer and monitor.  AmaWaterways also furnishes bicycles on this and other ships for complimentary use.

Sister ship to AmaViola, AmaStella and AmaKristina, AmaLea will sail seven-night cruises on the Danube between Vilshofen and Budapest.  At the end of the season there will be four Christmas Market cruises.

“I am honored to serve as Godmother of this breathtaking ship,” said Andre. “I have long admired Rudi, Kristin, the Murphy family and the rest of the AmaWaterways team for their commitment to delivering excellence in so many aspects of the business. AmaLea is evidence of their dedication to providing guests with an exceptional river cruise experience, and I will forever have fond memories of this very special moment, helping to officially welcome her to the company’s incredible European fleet.” 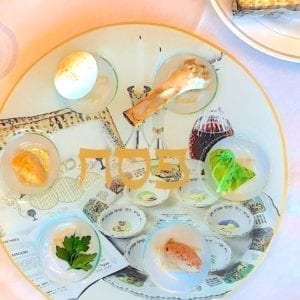