AmaWaterways has announced that their ships have earned six of the top ten positions in the anticipated third edition of the Berlitz: River Cruising in Europe & the USA travel guide.

Securing the number one spot, partly due to excellent service and dining, is AmaKristina, the namesake of AmaWaterways’ Co-Owner and Executive Vice President Kristin Karst.

For the 2018-2019 edition of the travel guide, author Douglas Ward – a leading authority on cruising – evaluated 320 river ships. AmaWaterways’ ships outranked the competition in the hardware, accommodations, cuisine, service, and miscellaneous categories. Ward applauded the line for their cuisine and friendly guest service, saying “AmaWaterways spends considerably more on high quality food ingredients and wine and on hotel crew service training than any other river cruise company. The company is also known to offer the highest levels of customer care and friendliness in the river cruise industry.”

Receiving the top four-star plus rating in the book were eleven ships: AmaBella, AmaCerto, AmaKristina, AmaPrima, AmaReina, AmaSerena, AmaSonata, AmaStella, AmaVenita, AmaVerde and AmaViola. The 20th ship in the fleet, AmaLea, joined the fleet in March and will be evaluated in the next edition of the guide. 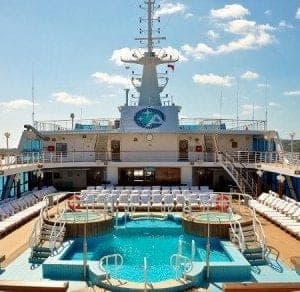