Setting out on a 15-day Magnificent Mekong itinerary, the 80-passenger river ship cruises both directions between Kampong Cham, Cambodia and Mỹ Tho, Vietnam.

“The fascinating cultures of Vietnam and Cambodia have always made this region a favorite destination among our guests,” said Torstein Hagen, Chairman of Viking. “We are also pleased to welcome back to Southeast Asia our first guests since early 2020. With arrival of the Viking Saigon, we look forward to introducing even more curious travelers to this iconic waterway in the coming years.”

Viking Saigon was built specifically to cruise the Mekong river, with just 40 outside staterooms.

For those who want to do more onboard, the three-deck Viking Saigon also has a Spa & Fitness Center, Infinity Pool and on the Upper Deck, the al fresco Sky Bar.

The southbound15-day journey begins with two nights in Hanoi, Vietnam and includes the Historic Hanoi city tour and a performance by Apsara dancers.  More time to explore the next day.

Then a flight into Siem Reap, Cambodia that includes three nights hotel and several meals.  No journey to Siem Reap would be complete without a visit to the Khmer temple complex of Angkor Wat, a UNESCO World Heritage Site.

Also included is a visit to Ta Prohm, where jungle vines embrace ancient ruins; and explore the sights of Phnom Penh by cyclo rickshaw.

Heading to the Mekong River

From Siem Reap, guests board a motor coach into Cambodia to board Viking Saigon in Campong Cham.

Next stop on this Mekong river cruise is Phnom Penh, Cambodia for a city tour by cyclo.  You’ll go to the Royal Palace with its beautiful Silver Pagoda, built by the French in the 19th century with Khmer design.

Then take a tour of the National Museum of Cambodia.  On display are the treasures of Khmer art and craftsmanship and displays art that predates the mighty empire.

After two days in Phnom Penh, sail the Mekong back into Vietnam.  Continue your river cruise until you reach Ho Chi Minh City capped with a two-night hotel stay, before your flight home.

What is Included on a Viking Saigon River Cruise?

In total, Viking includes 16 guided tours, hotel stays in Hanoi, Siem Reap and Ho Chi Minh City (Saigon).  Almost all meals plus wine and beer are complimentary with onboard lunch and dinner.

One shore excursion per port is included.  Guests may purchase additional tours. 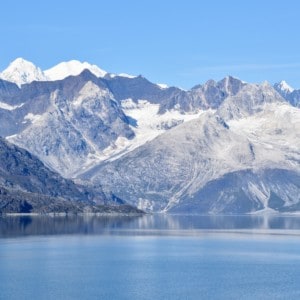