Norwegian Cruise Line is known for bringing rousing Broadway musicals to the high seas.  And the new Norwegian Joy entertainment productions will be no exception. Following a $50 million refurbishment and an Alaska debut, the award-winning musical, “Footloose” will be part of the live entertainment lineup beginning in May 2019.

Footloose tells the story of a teenage boy from the midwest who moves with his family to a small town where dancing is banned.  The rebellious teen, Ren McCormack confronts the local reverend and most of the townsfolk who ardently oppose dancing and rock music.  Ren, along with two close friends, eventually win over the conservative town, just in time for a senior prom extravaganza. Kenny Loggins collaborated on the soundtrack and its famous, high-energy songs.

Wine enthusiasts will want to grab a chair and a glass of wine to watch the new wine-tasting comedy, Wine Lovers: The Musical.  It’s one of Norwegian’s specialty dining performance shows with actual wine tasting included in the musical comedy.  The interactive performance takes place at Norwegian Joy’s Social Comedy and Night Club.

Read Next:  Getting to Alaska from Florida without flying

Norwegian Joy begins cruising to Alaska from Seattle on May 4, 2019.  The Alaska Inside Passage cruises will include visits to Ketchikan, Juneau and Victoria, BC.   Most itineraries offer a day cruising either spectacular Glacier Bay or a port visit to Icy Strait Point.

After Alaska, Norwegian Joy heads south for full and partial Panama Canal sailings in October between Los Angeles and Miami.  before offering weekly sailings to the Mexican Riviera from Los Angeles in November and Caribbean cruises from Miami in 2020. 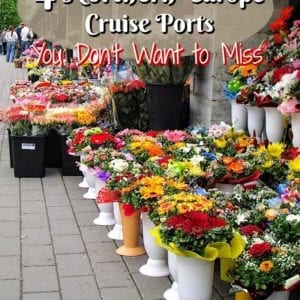