American Cruise Lines has announced that their first new ship of 2018 successfully passed sea trials last week in Chesapeake Bay. With the US Coast Guard onboard, American Constitution underwent speed trials, an endurance run, and was tested in a variety of safety and maneuverability areas.

After the sea trials were finished, the line’s inaugural cruise was green lit, which began on Wednesday, April 18. The voyage is American Cruise Lines‘ first American Revolution cruise – a new 10-night itinerary around Chesapeake Bay that features ports central to the nation’s history.

For the remainder of 2018, the ship will stay on the east coast, where it will operate a series of cruises in summer and fall from Boston, Massachusetts and New York City.

Every ship in American Cruise Lines’ fleet is build to spec in the United States, and are all US crewed and flagged. The line already maintains the largest fleet in the US with ten ships currently, and continues to expand each year. 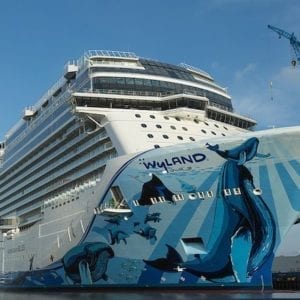