If Mom’s hooked on Paris, Yves Montand et French cuisine, this deal is for her.

If you’re a regular reader of this website, you know I don’t often mention cruise line promotions unless it’s a really good value or something unique.  This is both.

Beginning in August 22, 2016, a new one-ship river cruise company, French America Line, will launch its Louisiane on the Mississippi river.  With only 75 cabins and a max of 150 guests, the Louisiane will ply the Mississippi and its tributaries on 5- to 10-day voyages.

French America Line is the brainchild of a team of cruise industry executives who visualized a need and created a luxury niche river cruise product for America.  The result is a mélange of French and Southern traditions reflected in both the ship’s decor and design as well as the cuisine.  The Chef de Cuisine is Regina Charboneau, a Natchez, Mississippi native and resident.  Classically trained in Paris, she is charged with creating fine French and Continental cuisine infused with traditional southern fare.

So what’s the special promotion?  French America Line is offering up to $420 in free pre-paid gratuities on 2016 river cruises.  The only caveat is that you must book by June 30, 2016. 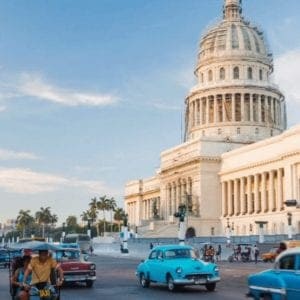 First Cruise to Cuba from U.S. in 50 Years Arrives into Havana