It’s all about Mother Nature.  Early autumn stormy weather prevented nearly 4,500 passengers aboard three Holland America ships from a visit to Sitka this past week.

Considered the most beautiful coastal town in Southeast Alaska, Sitka is located on Baranof Island on the outer coast of Alaska’s Inside Passage.  Accessible only by sea or air, Sitka remains one of the most interesting of Alaskan cities.  Centuries-old Russian influence is still noticeable at the Russian Orthodox St. Michael’s Cathedral with its traditional onion-shaped domes.

Because the Sitka is located on the open sea rather than within the protected waters of the Inside Passage, visits to Sitka by cruise ship depend heavily on the weather.

Holland America’s Westerdam, Amsterdam and Maasdam had to cancel their port calls to Sitka.

Largely, it’s because they have to go on the outside of Baranof Island. They cannot take the path of the ferries, through the interisland areas. And so, they’re exposed to any type of heavy seas and right now it’s tremendously heavy seas. Sherry Aitken, director of Tourism for Visit Sitka.

All three ships were scheduled for arrival on Wednesday, Thursday and Friday of this past week.

There are two remaining cruise ship visits scheduled for Sitka before the cruise season draws to a close. Norwegian Jewel made it into Sitka on Saturday (Sept. 24) as scheduled.  Westerdam is scheduled to stop in Sitka on Sept. 28, 2016.

Even though this year there will have been over 1 million cruise guests to Alaska, statistics show that only 12% of port calls went to Sitka.  In 2017, Celebrity and Holland America have added more port visits to Sitka. 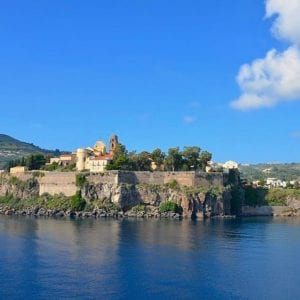 Cruise Port Guide for a Lovely Day in Lipari