Carnival Legend refurbishment and a few longer cruises, too.

Just in time for a summer season of Alaska cruises, Carnival Legend is currently in the midst of an extensive refurbishment in Portland, Oregon.  And in 2019, Carnival Legend cruises from Florida at Port Tampa Bay will begin.

In the fall, Carnival Legend will transit the Panama Canal and reach her new home in Port Tampa Bay in October 2019.

When Carnival Legend arrives in Port Tampa Bay, the current Carnival Miracle will be repositioned – homeport to be announced.

Another longer voyage will be on Jan. 25, 2020 when the ship will set out on a special eight-day voyage that includes a partial transit of the Panama Canal as well as port calls at Limon and Grand Cayman.

Carnival Legend will offer a round-trip 14-day Panama Canal cruise from Tampa Dec. 1-15, 2019.  This cruise will make port at Cozumel, Mexico and Limon in Costa Rica before a partial Panama Canal transit.  On the way back to Tampa, ports will include Cartagena, Aruba, Curacao and Grand Cayman.

Carnival Legend will operate a special nine-day Alaska cruise round-trip from Vancouver on Sept. 17-26, 2019.  A day-long call at Icy Strait Point is planned that features the world’s longest zipline.  An extended cruise through Glacier Bay and the popular Alaskan ports of Sitka, Skagway, Juneau and Ketchikan are also on the itinerary.

Carnival Legend sets out on a 16-day Hawaii voyage from Vancouver on Sept. 26 and arrives in Los Angeles on Oct. 12, 2019.  The voyage includes longer visits to four of Hawai’i’s islands and includes the popular destinations, including Hilo and Kona on the Big Island plus Kauai, and Honolulu on Oahu. 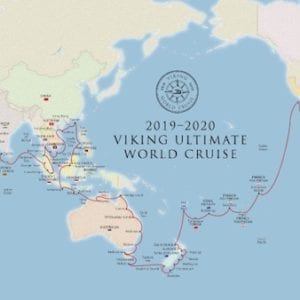