Carnival Cruise Line’s Mardi Gras was “floated out” at the Meyer Turku shipyard in Finland in anticipation of its debut later this year.  In the ship-building world, the float out operation is a major milestone celebratory event with local dignitaries and cruise line executives in attendance.

Following the float out, Mardi Gras slowly repositioned to a new location at the shipyard to finalize its interior and exterior outfitting.  It’s here that the installation of BOLT, the first roller coaster at sea and part of the innovative Ultimate Playground outdoor recreation area.

The ship’s more than 2,600 staterooms, including 180 suites across 11 different categories, have been installed and workers will begin putting the finishing touches on these unique accommodations.

“We can’t wait for our guests to experience Mardi Gras, a one-of-a-kind ship that is true game changer and continues the evolution of the Carnival vacation experience,” said Ben Clement, Carnival’s senior vice president of newbuilds.

Mardi Gras will debut at Port Canaveral, Fla., on November 14, 2020, despite a delay at the shipyard in Finland that caused cancellation of the ship’s Europe sailings.  From Florida’s Space Coast, the ship will offer year-round seven-day cruises to the Caribbean and Bahamas. 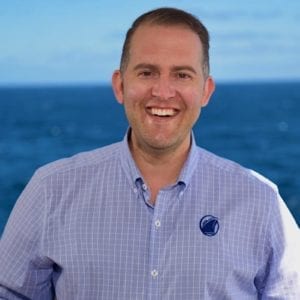