Announced today, Carnival cancels all of their cruises from North America ports through September 30, 2020.  The cruise line had hoped to begin short cruises to the Bahamas in early August.

“During this unprecedented pause in our business, we have continued to assess the operating environment and confer with public health, government and industry officials,” Carnival Cruise Line President Christine Duffy.

In a letter sent to booked guests and travel agents, she explained that the cruise line decided to extend its cruise cancellations in North America until September 30.

In the letter, Duffy stated, “We have watched with great interest as commerce, travel and personal activities have begun to start back up, and once we do resume service, we will take all necessary steps to ensure the health and safety of our guests, crew and the communities we bring our ships to in order to maintain public confidence in our business.  Nevertheless, we apologize for disrupting your vacation plans and appreciate your patience as we work through these decisions.”

Though it seems like eons ago, it was on March 13 that the CDC first issued their No Sail Order.  It was expected to last for 30 days.  Then the order was extended until July 24, where it still remains.  However, cruise lines are erring on the side of caution as each North American cruise line cancels more sailings into September and October.

So far, Carnival isn’t saying when cruises might begin to sail from North American ports.  Carnival also offers cruises from Australia, and while there are two sailings still planned for September, most cruises in Australia through October are also canceled.

Carnival is still in the process of repatriating several thousand crew members.  At the same time, Carnival and all the cruise lines are still trying to figure out the safest ways to begin operations during the pandemic.

So far, only logical tactics being planned.  These include limiting capacity, improving their onboard medical facilities, adding fresh air, doing away with the traditional self-serve buffets and wiping down high-traffic touch points.

What to do if Carnival cancels your cruise

The drill is basically the same as it’s been since March.   Booked passengers may move their booking to a later date for a Future Cruise Credit.  In addition, Carnival throws in an onboard credit for either $300 or $600.

Those who prefer a full cash refund must submit their request online at Carnival.com. 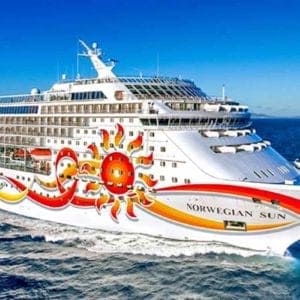