Sea days on a river cruise are few and far between.

A sea day on a river cruise is a rare occurrence. River ships usually travel at night so you wake up in a new destination every day.

Sometimes, you’ll might be in one city in the morning, take a shore excursion, reboard your ship and cruise during lunch and mid-afternoon. By evening, you’re docked in a new port and have the option to stay onboard for local entertainment after dinner or go ashore and find a special place for dinner. Or…go ashore after dinner for drinks and live music.

One of the few stretches of river in Europe where you’ll have a day of total cruising is on the lower Danube river. In a magnificent and remote area called the Iron Gates (there is no iron nor gates), you’ll cruise past the narrowest portion of the entire Danube river.

In case you’re curious, the Iron Gates is a gorge on the Danube river that divides Romania and Serbia. It’s where the Carpathian Mountain range meets the foothills of Balkan mountains. 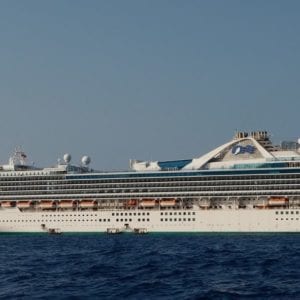