What’s better than seven-night New England cruises on its inland waterways?  An 11-night cruise, of course!

American Cruise Lines has just announced a new itinerary for this summer; the Grand New England cruise. Departing from Boston, the trip combines their existing New England Islands and Maine Coast & Harbors itineraries and has added a few new ports, too.

READ MORE about what American Cruise Lines has in store for river cruises in USA.

In Maine, the Grand New England itinerary will visit Bar Harbor and a new port call at Kennebunkport.  Guests will be treated to a complimentary lobsterbake luncheon on Penobscot Bay and a guided tour in Acadia National Park. In Rhode Island, the cruise includes their visit to Newport and tour of the Breakers Mansion plus a new visit to Provincetown, RI.

To compliment their new 11-night cruise, America Cruise Lines is offering a pre-cruise hotel stay in Boston, allowing guests time to explore the city before departing on the cruise.

If you’re not familiar with American Cruise Lines, they are based in Connecticut and have a fleet of both paddle wheelers and small ships.  Two riverboats ply the Mississippi and two on the Columbia and Snake rivers in the Pacific Northwest.  On the east coast, there will soon be three ships with the launch of the American Constellation. One more ship, rounding out the fleet to eight new vessels, cruises Alaska’s Inside Passage, S.E. Alaska waterways and the Pacific Northwest’s Puget Sound. 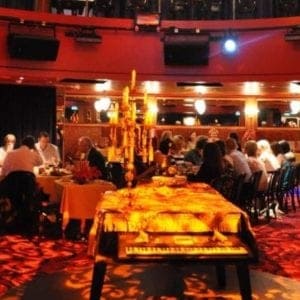