I’m a points collector.  Usually it’s with cruise line loyalty programs.  Lately, though, I’ve added hotels.  But I never seem to have enough accumulated points to earn even one night at a a Fairfield Inn.  Not that there’s anything wrong with a Fairfield Inn.  It’s just one of the lowest hotels on the Marriott roster.  But not the Westin Excelsior Rome hotel.

Traveling solo, I try to find a hotel that’s centrally located, has a restaurant and an elevator.  My new possible choice for a hotel in Rome had all of these.  Located along Via Veneto, I could walk just about anywhere from that hotel.  I sort of know my way around Rome…well, I can follow a map from landmark to landmark and restaurant to gelateria.

After a 14-transatlantic crossing on Holland America’s Koningsdam, I threw caution to the wind.  Maybe if I stayed at a really nice hotel in Rome at the perfect location, slept in a bed that wasn’t either floating or rattling around I’d be ready for my month of trains and river ships in Europe.  I went for the gusto and stayed one night at…

About 45 minutes from the port of Civitavecchia, my driver pulled up to the circular driveway of the Westin Excelsior Rome Hotel.  A polite but overanxious hotel bellman unloaded my two pieces of luggage and was about to whisk them away as I paid for my ride.  Not one to eagerly allow my computer case out of my sight, I quickly motioned “No, no, no” and reached to rescue it without causing a scene.  My other bag immediately disappeared into the hotel.

It was only a few minutes until I was checked in, passport returned and escorted to my room.  Beneath gleaming crystal chandeliers and across polished marble and terrazzo floors, I followed the bellman to my room.  Hello, Gorgeous!

As a solo traveler, I’m used to closet-sized hotel rooms in Europe.  Needless to say, I was ecstatic to see this room.  And this…

A peek inside the closet revealed the room safe, large enough for a 15″ laptop.  Does anyone ever use hotel drawers for their clothes?  That’s where packing cubes come in handy.  Straight from my suitcase to the drawer or shelf . Same on cruise ships.

I almost forgot to show you the view from the balcony, hidden behind the curtained French doors…

As you can see from both photos (looking right and left as I faced outward, only two rooms per floor on this side of the hotel have a balcony; mine and the corner room.

As I mentioned, another requirement of mine is that the hotel has a restaurant.  At Westin Excelsior Rome, it’s called, Doney.

With street access on Via Veneto as well as of course from the hotel lobby, lunchtime brought in hotel guests but mostly business-dressed men and women.  The easiest people to spot are the tourists.  Romans, for the most part, are impeccably dressed. Tourists are not.

I know.  A club sandwich is NOT an Italian repast.  Someone (presumably Italian) at the table next to me ordered the club sandwich.  It looked amazing so I ordered it.  And soup, too.

Twenty hours in Rome is hardly enough time to do very much.  Located walking distance-close to so many Roman landmarks, Westin Excelsior Rome was super convenient.  Within 10-15 minutes I was able to see…

Plus, a stroll past this famous hangout, the legendary Harry’s Bar, on Via Veneto.  Westin Excelsior was two minutes away.

Before I knew it, the day was over.  My mission to check out a luxury hotel in the heart of Rome was a success.  Westin Excelsior Rome exceeded my expectations, right up to the room service pizza for dinner.

Pizza, wine and an early night.  Tomorrow was a 8am train from Rome Termini Station to Milan where I’d change to another train to Basel, Switzerland.  From there, CroisiEurope River Cruises had arranged for a driver to meet me at the station to go to the river ship on the Rhine.  And another adventure would begin.

See next:  Hello Basel, Switzerland and another Rhine river cruise.

Note:  This was not a sponsored stay.  It is an unpaid, unsolicited review.  All opinions are my own, as are the photos. 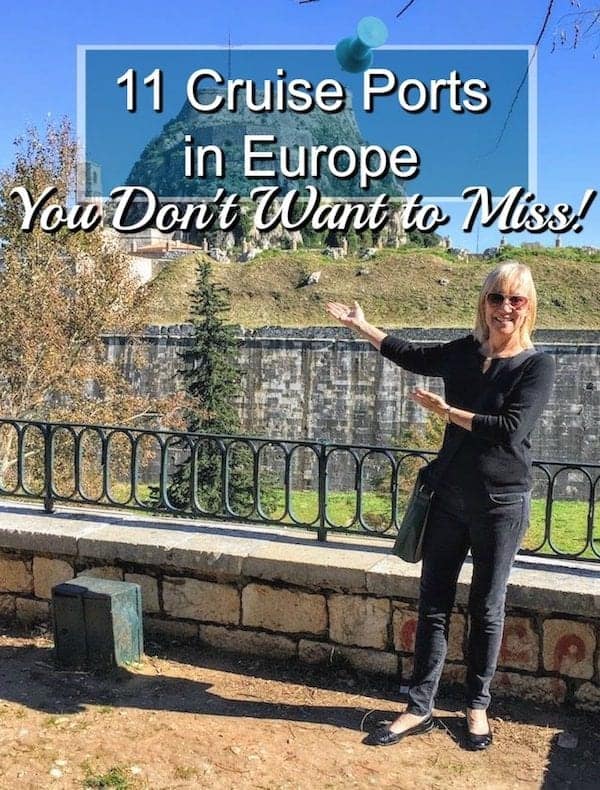