The new all-balcony Viking Sky was ceremoniously delivered from the ship builder to Viking Ocean Cruises at the shipyard in Italy. With only 465 staterooms and 930 guests, Viking Sky, along with sister ships Viking Star (2015) and Viking Sea (2016) are considered small ships, especially by today’s mega-ship standards.

The inaugural cruise, scheduled for Feb. 25, 2017, begins in Civitavecchia (the port for Rome) with a 7-night Mediterranean cruise to Barcelona.  On June 22 in Tromsø, Norway, Viking Sky’s christening ceremony will be held under the “midnight sun.”

After several Scandinavian and Baltic cruises, the ship heads to the New World.  With only 3 sea days interspersed en route, Viking Sky will depart from Bergen, Norway on a 14-night voyage to Montreal, stopping at Iceland and Greenland along the way.

A winter season in the Caribbean begins on November 5, 2017 with four months of 7- and 14-night cruises until March 4 when Viking Sky returns to Europe for the warmer months.

“In the past two years, we have been encouraged by the overwhelmingly positive response our first two ocean ships have generated among our guests and travel industry partners. Today we mark an important milestone in welcoming the third ship to our fleet. By the end of 2017 – our 20th year in business – we will also welcome our fourth ship, doubling our fleet in less than a year,” said Torstein Hagen, Chairman of Viking Cruises. “With our fast-growing fleet and innovative design, we look forward to introducing even more experienced travelers to The Viking Way of destination-focused itineraries in the years to come.”

Viking Spirit will join the fleet in 2018 and sail itineraries in Australia, Asia and Alaska. A sixth, not-yet-named ship will be delivered in 2019 making Viking the largest small ship ocean cruise line. 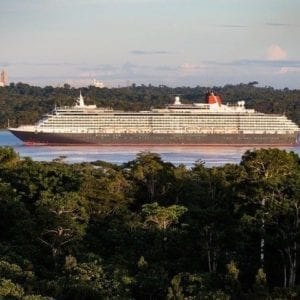