One-year old Victory Cruise Lines announced they’ve added a second small ship, the Victory II to its fleet.  Sister ship to Victory I which launched in July 2016 on the Great Lakes, the Victory II will soon be upgraded to the identical standards of its sister ship.  The 202-passenger Victory II inaugural voyage will depart from Boston to Halifax, Nova Scotia on May 20, 2018.

“Our goal is to be the first choice in cruising the Great Lakes, Canada, the St. Lawrence Seaway and New England markets,” said Bruce Nierenberg, president and CEO of Victory Cruise Lines.

New England: Beginning with the inaugural Boston to Halifax cruise in May 2018, Victory II will continue through May and early June, then again September and October with a series of seven-night one-way itineraries between Boston/Gloucester and Halifax.

Upon departure from Boston/Gloucester ports visited will include Provincetown on Cape Cod, Massachusetts; Newport, Rhode Island; Plymouth, Massachusetts; Martha’s Vineyard off the coast of Cape Cod; Portland and Bar Harbor, Maine; and Lunenburg, Nova Scotia plus scenic cruising in the Cape Cod Canal. Sailings from Halifax will call at the same ports in reverse order.

Both Victory I and Victory II entered service in 2001 as the Cape May Light and Cape Cod Light.  With a maximum of 202 guests and a crew of 84, Victory Cruise Lines offers an all-inclusive experience.  Complimentary shore excursions, one in each port, are carefully curated to appeal to all guests. 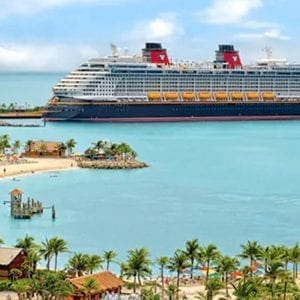