Royal Caribbean has issued a new round of cruise cancellations partnered with itinerary changes.  Working with their Healthy Sail Panel, Royal Caribbean is hopeful for a summer return to cruising as soon as July.  But not all their ships will be taking guests out to sea as planned, when summer rolls around.

It isn’t easy to “stand up” a ship that’s been idle for over a year.  Add to that trying to implement all the health and safety protocols to begin sailing again.  With that in mind, Royal Caribbean notified guests and their travel agents of new canceled cruises and last-minute itinerary changes.

The cruise line has suspended sailings of their global fleet through June 30th, 2021.  This suspension excludes sailings onboard Quantum, Anthem, Adventure, Vision, Jewel, and Odyssey of the Seas.

The most notable change is with Royal Caribbean’s debut of the new Odyssey of the Seas.  Seems like this ship just can’t find a port for celebration.  Barely one month after arriving at Haifa, Israel, its Mediterranean and Greek Islands cruises were canceled.

Probably the most exciting news from all these Royal Caribbean cruise cancellations is to have Odyssey of the Seas debut in the U.S. and especially at Port Canaveral.

While it’s not certain how long the ship will sail from Florida’s Space Coast, it certainly will be nice to have a brand new ship from Royal Caribbean at Port Canaveral even for a short time. 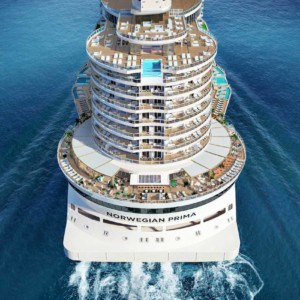