Royal Caribbean Quantum of the Seas arrives in Hong Kong.

Dignitaries welcome the largest ship ever to berth in Hong Kong.

It was a really big deal. Literally. En route to its home port of Shanghai, Royal Caribbean’s biggest ship, the Quantum of the Seas made a guest appearance in Hong Kong harbor.  The “berthing ceremony” as it was called, was commemorated on June 20 with a prestigious ceremony attended by government officials, key industry stakeholders and invited guests.

After the ceremony, guests were taken on a tour of the Quantum of the Seas.  They were able to experience the North Star aerial observatory, a glass capsule that takes guests more than 300 feet above the ocean for incomparable panoramic views; RipCord by iFLY simulated skydiving and FlowRider surfing simulators.  Guests were even invited to check out SeaPlex, the multi-purpose sports facility offering a variety of activities, including a first for any cruise ship, bumper cars.

The event also commemorated Royal Caribbean’s one-year success in driving local cruise demand and standards by investing millions to launch a fully-owned and operated office and the home porting of Voyager of the Seas in Hong Kong.

The Quantum will home port in Shanghai to sail mostly four and five night itineraries, with an occasional six-, seven- or eight-night voyage though 2016. 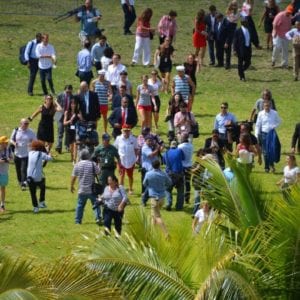