What’s it all about, Alfie?

If you’re a child of the 60’s (as Sir Richard and I) it’s nearly impossible not to occasionally flash back to the days of the British Invasion, Carnaby Street fashion and of course, iconic movies like Alfie and To Sir With Love.

Sir Richard is the entertainer, too.

When this knightly British icon stepped off his sleek black helicopter in front of the Perez Art Museum in Miami, a wave of kinetic energy surged through our press group.  For me, it was reminiscent of the Beatles stepping off their plane for the first time, in New York City. Even though we all knew the reason for the press conference, the excitement over his flamboyant arrival was palpable.

Am I the only one who thinks this photo is like Where’s Waldo? Where’s Richard?

So what’s it all about? Sir Richard literally swooped into town to officially announce that PortMiami will be the home for his first cruise ship. He also disclosed that Virgin Cruises had signed a letter of intent with the Italian ship building company, Fincantieri. Three ships to begin the fledgling cruise line.

Virgin Cruises will launch three mid-size ships at about 110,000 gross tons to be launched in 2020, 2021 and 2022. Described by Sir Richard as smaller, boutique ships, they will be built to accommodate 1,430 staterooms and over 2,800 guests.  Not exactly petits bateaux but not behemoths, either. 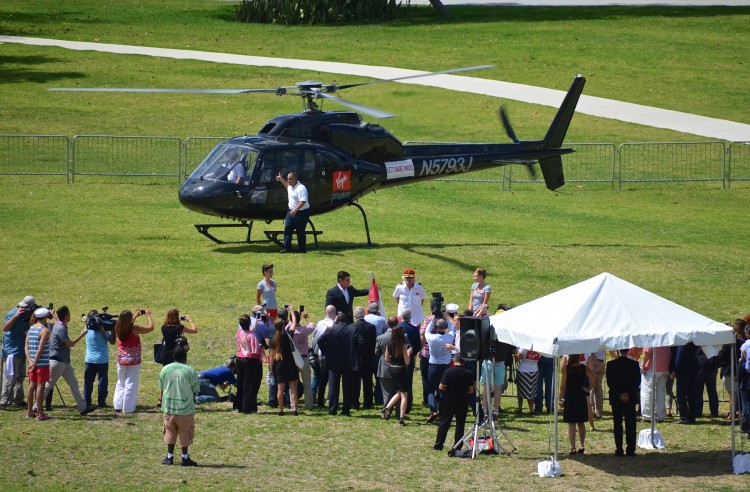 With PortMiami as the homebase, Virgin Cruises plans to offer seven-day Caribbean itineraries, departing on Sundays. On hand were other dignitaries including Tom McAlpin the President and CEO of Virgin Cruises, Miami-Dade County Mayor Carlos A. Gimenez, Giuseppe Bono, the CEO of Fincantieri ship building giant and Ryan Cotton of Bain Capital, the financial investment firm.

On several occasions, Sir Richard stressed the importance of getting feedback from potential customers (he never called them “passengers”) as to what they would like to see featured on the new ships.  If you’d like to toss in your two cents, you can go to: Virgin Cruises to sign up for their newsletter and type your cruise ship suggestions.  I had three suggestions:  free wifi, all-inclusive specialty dining, and balcony staterooms that are not cantilevered.  If you’ve been on a ship with cantilevered balconies and you’re on one of the lower decks, you know what I’m talking about here.

Richard and the Virgin Cruises ladies.

The entire event lasted just a little over an hour.  From the red smoke and helicopter entrance to cutting the neckties of the men on the stage to symbolize a casual lifestyle, it was a very interesting morning.  I wish it wasn’t nearly five years until the first ship docks in Miami, but we’ll just have to wait.

Keep up with the developments at Virgin Cruises:  @VirginCruises – #LetsMakeWaves – @RichardBranson @PortMiami 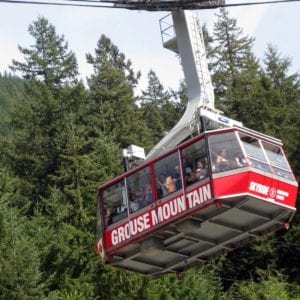 Vibrant Vancouver Worth a Longer Visit