Princess Cruises has introduced two new Broadway-style stage shows and they’re getting super reviews from guests.  There’s “Born to Dance,” the newest show to debut in partnerships with Stephen Schwartz and “Encore,” based on the highly popular opera performance “Bravo”.

Princess audiences get a glimpse of what it takes to be a dancer, the highs and lows and that driving need to dance brought to life by some of Broadway’s most famous hits including “West Side Story,” “A Chorus Line,” “Chicago” and more.

Overseeing the creative development of four brand new shows for Princess Cruises, Schwartz brings together an illustrious team of Broadway talent to support the productions through direction and design. “Born to Dance” is created and directed by Daniel C. Levine from Broadways’ “Les Misérables” and “Mamma Mia!” and is now showing aboard Golden Princess, Grand Princess and Star Princess. Additional talent includes costume design by six time Tony Award® winner William Ivey Long, musical arrangement by Bryan Perri, conductor for Broadway’s Wicked, choreography by Al Blackstone from the hit show So You Think You Can Dance, and scenic design by Tony Award® winner Beowulf Boritt.

The show will premiere next on Regal Princess in October. Find more information, including the show trailer here: princess.com/borntodance

Coral Princess, Island Princess and Sea Princess are currently showing “Encore,” with Royal Princess the next ship to receive the show in December.

Take a peek at the trailers: princess.com/productionshows 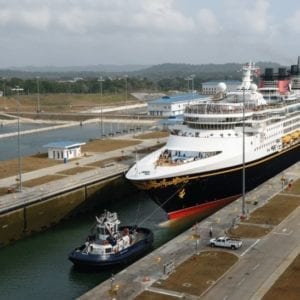