As Norwegian Escape cruises from Port Canaveral on November 13, 2021,  the departure marks the cruise line’s much anticipated return to Florida’s Space Coast.  With the addition of this new ship, Caribbean cruise options from the Space Coast are really starting to grow.

It’s been a few years since Norwegian Cruise Line had a ship home-based at conveniently located Port Canaveral.  The last one I remember was when I cruised aboard Norwegian Sun, one of my favorite “small” ships in their fleet.

Norwegian Cruise Line announced the continuation of its Great Cruise Comeback celebration with cruises aboard Norwegian Escape from Port Canaveral Florida to the Eastern Caribbean.

Norwegian Escape is the first of the cruise line’s popular Breakaway Plus Class ships and is the eighth Norwegian Cruise Line cruise ship to resume operations.  There are 17 cruise ships in the NCL fleet.

“We have welcomed back more than 110,000 guests worldwide as part of our global redeployment efforts,” said Harry Sommer, president and chief executive officer of Norwegian Cruise Line. “Our Great Cruise Comeback stems beyond the relaunch of our vessels but also the return of our shipboard team members who have been excited to return to deliver unforgettable vacations experiences to our guests.”

On Dec. 23, 2021, Norwegian Escape will embark on an 11-day holiday cruise calling at nine ports of call.  Beginning on Christmas Day:

When Norwegian Escape finishes its winter and spring cruise season from Port Canaveral, the ship will head to New York City before departing for a summer in Europe.

After a summer launch in Europe, the cruise line’s newest ship, Norwegian Prima, will cross the Atlantic and begin cruising from Port Canaveral.

NCL’s Great Cruise Comeback began its fleet redeploy on July 25, 2021 following a 500-day pause in operations due to the pandemic.  Norwegian Jade was their first cruise ship to set sail on seven-day to Greek Isles cruises.

Norwegian Cruise Line has now relaunched seven more ships and plans to have more vessels to resume operations starting in December 2021 and into 2022. 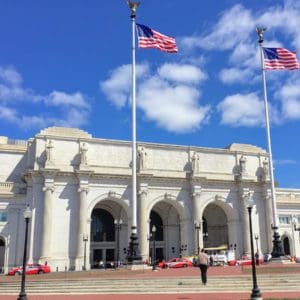