A lot happened in a Miami courthouse recently and Norwegian Cruise Line emerged victorious.  The victory surrounded a law passed last May by Florida Governor Ron DeSantis that banned businesses in Florida from requiring proof of COVID-19 vaccine from customers.

The lawsuit was filed in retaliation to the ban on businesses to require proof of vaccination (the so-called “vaccine passport”).

On Sunday, U.S. District Judge Kathleen Williams in Miami issued a preliminary injunction stating Norwegian Cruise Line is permitted to ask passengers to present proof of vaccination before they board the ship.

In the lawsuit, the cruise line contended that the state’s ban on vaccine requirements violated the First Amendment “by blocking communications between a business and customers, as well as the Fourteenth Amendment by limiting the ability of a company to keep its employees and customers safe.”

The lawyer for Norwegian also stated that the Florida law was never intended to protect a person’s privacy.  But rather, created so DeSantis could garner support for his political career.

Under Florida’s prohibiting proof of vaccine law, any cruise lines that departed from Florida (en route to visit foreign ports) that required passengers to show proof of vaccination would be fined $5,000 per passenger.

At that time, the cruise line stated that it was complying with the CDC’s guidance that 95% of all passengers should be vaccinated.  Following CDC guidance still was not in compliance with the law imposed by the Florida Governor.

As a result, the lawsuit continued that Florida Surgeon General Scott Rivkees, the target of Norwegian’s lawsuit against the vaccine passport ban, cannot enforce the law directed at the cruise line.

Judge Williams ruled that Norwegian can now fulfill their safety protocols beginning with the cruise line’s first cruise departure from Florida on August 15.

In a statement following the preliminary injunction to allow its ships to sail from Florida with 100% vaccinated guests, the NCLH said:

This order will now allow the Company to operate in the safest way possible with 100% vaccination (limited exceptions may be made pursuant to valid medical or religious exemptions) of all guests and crew when sailing from Florida ports. Nothing takes priority over the health and safety of the Company’s guests, crew and the communities visited and its commitment to them is paramount.

“We are pleased that Judge Williams saw the facts, the law and the science as we did and granted the Company’s motion for preliminary injunction allowing us to operate cruises from Florida with 100% vaccinated guests and crew,” said Daniel S. Farkas, executive vice president and general counsel of Norwegian Cruise Line Holdings Ltd. 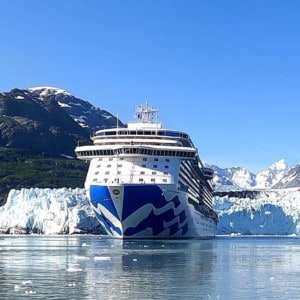