As part of The Norwegian Edge refurbishment program, Norwegian Spirit will enter dry dock in Marseille, France on January 2, 2020.

The spa will double in size and include a relaxation area with heated loungers, a new Jacuzzi room, a sauna, steam room and water therapy experience.  Pulse Fitness Center will also get a facelift.

Just as the new Norwegian Encore is set to debut with its own New York City restaurant, Onda by Scarpetta, so will Norwegian Spirit.  The noted modern Italian restaurant is known for its seafood.

“As we continue to introduce new innovative ships to our fleet, with Norwegian Encore making her debut next month, we are committed to ensuring that the experiences our guests have come to enjoy are available on even our most storied ships,” said Andy Stuart, president and chief executive officer Norwegian Cruise Line.

Norwegian Spirit refurbishment is scheduled to be completed in February 2020 and the ship will emerge with new dining and public venues, refurbished restaurants and staterooms.

Also new for both Norwegian Spirit as well and Norwegian Cruise Line, the ship will be the first in the fleet to visit Bali (Celun Bawang), Jakarta and Surabaya, Indonesia; Beppu, Kumamoto, Nagoya and Tokyo, Japan; Taipei (Keelung) Taiwan; and Yangon, Myanmar.

Following Norwegian Spirit’s refurbishment, there will be two, 20-day exotic expeditions exploring Greece, Israel, Egypt and Abu Dhabi from Rome (Civitavecchia); and Seychelles, Madagascar and South Africa from Dubai; she will offer a series of destination-rich voyages to Southeast Asia, China and Japan from Singapore; Hong Kong, China; and Tokyo and Yokohama, Japan through 2020. 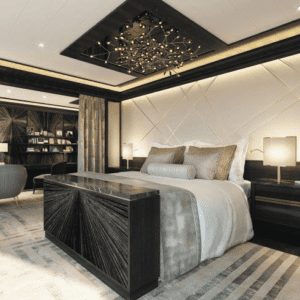