Norwegian Cruise Line is planning something new for 13 of its 18 ships.  Beginning in winter 2022 and continuing into 2023, Norwegian has announced a slew of longer cruises and itineraries that spend more time in port.

“As we all continue to daydream of our next cruise vacation, we are excited to open for sale new itineraries for those eager to visit a tropical destination or dive into cultural experiences through one of our Extraordinary Journeys,” said Harry Sommer, Norwegian Cruise Line president and chief executive officer. “We are very hopeful we will resume operations soon but for now, our new itineraries will allow travelers to start planning ahead for their next cruise vacation with Norwegian Cruise Line.”

Where the new “Extraordinary Journeys” Will go

The new Extraordinary Journeys are a collection of longer, one-of-a-kind port-intensive voyages meant to inspire a sense of discovery and deeper connection with destinations around the world.

In addition to Norwegian Jewel, from October 2022 through March 2023, Norwegian Encore, Norwegian Pearl, Norwegian Bliss, Norwegian Gem and Norwegian Joy offer a choice of itineraries also from eight to 21-days voyages traversing the Panama Canal.  Included on these cruises will be visits to destinations in the Caribbean as well as Central and Latin America.

READ NEXT:  How to Choose the Perfect Panama Canal Cruise

Longer Caribbean Cruises, too.
Starting January 28, 2022 through May 17, 2023, Norwegian offers a range of five days to longer 14-day cruises across the Eastern, Western and Southern Caribbean. The itineraries include a day at Harvest Caye, Norwegian’s newest resort destination in Belize.  Other itineraries include a stop to their private island in the Bahamas, Great Stirrup Cay.

Also for a limited time only, anyone can book all FIVE Free at Sea Offers including Free Open Bar, Free Specialty Dining, Free Excursions, Free WiFi and Free Kids.  A value worth $2,900 for all five Free at Sea perks. 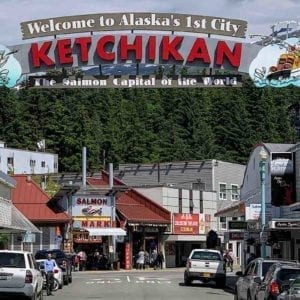