What to expect at Rudi’s Sel de Mer

As a stand-alone restaurant on Koningsdam, Sel de Mer has garnered its share of accolades. Building on that success, the pop-up will feature a version of the menu with classic French dishes, including local seafood served in a setting that will transform the Pinnacle Grill alternative dining venue into an intimate brasserie, similar to the permanent eatery on Koningsdam.  The restaurant-for-a-night will also feature a specially crafted cocktail and wine menu.  Sel de Mer, the pop-up version, will be offered one time on seven-day cruises, and twice on voyages ten days or longer.

Entrées will include Broiled Maine Lobster, Whole Dover Sole Meunière, Rack of Lamb Persillade, Duck Cassoulet, Steak Frites, Soufflé au Fromage and Salt Crust Baked Branzino. Depending on the port, chefs may go ashore to local fish markets to personally select the catch of the day to be the featured dish for that evening’s meal.

All this for a set price of $49 per person for dinner.  Reservations are highly recommended.

What ships and when 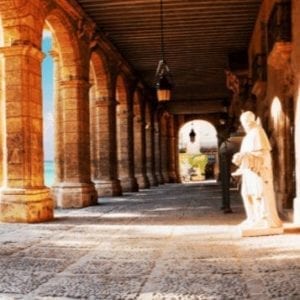