MSC Cruises announces the name of their next ship and floats out another.

On Friday at the shipyard in Saint-Nazaire, France, MSC Cruises revealed  the name of its second Meraviglia-class ultramodern mega cruise ship.  The ship was named MSC Bellissima and will begin cruising in Spring 2019.

Also on the same day was the ceremonious float-out for the new MSC Meraviglia, marking the first time the ship actually touches the sea.  Scheduled to launch in June 2017, the MSC Meraviglia marks the beginning of a new class of ship design and build for the cruise line.

Among the innovations onboard the MSC Meraviglia will be a speciallt designed Carousel Lounge for Cirque du Soleil performances.  The artistic acrobats will perform shows created exclusively for MSC Cruises guests.

The ship will feature a 315 foot long Mediterranean-style promenade with a 262 foot LED sky that runs through the center of the ship.  Because of the success of MSC Cruises Yacht Club class of staterooms, the MSC Meraviglia will have an enhanced MSC Yacht Club, with its own private facilities spanning three decks. 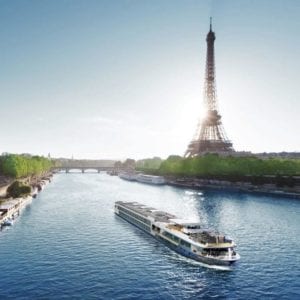