Mariner of the Seas cruises from Miami begin this summer.

After an extensive $90 million makeover, Mariner of the Seas cruises from Miami will offer guests another option for a quick getaway.  Beginning in June 2018, Mariner will begin 3- and 4-night Bahamas cruise from PortMiami to Nassau and CocoCay, Royal Caribbean’s private island destination.

Onboard activities ramped up

First, there’s the new Sky Pad, a virtual reality, bungee trampoline experience.  Guests will strap in and put on a virtual reality headset that will transport them to another time and planet.  En route, they can bounce over moon craters or compete in intergalactic games. This futuristic outer space experience is for guests of all ages.  Virtual reality headsets aren’t mandatory for Sky Pad.  For those who might get queasy, they can look out over the ocean as they leap into the sky.

Other recent and very popular Royal Caribbean innovations are also being added to Mariner.  There’s The Perfect Storm, side-by-side racing waterslides aptly named, Cyclone and Typhoon.  Keeping the adrenaline pumping with “Battle for Planet Z”, a glow-in-the-dark laser tag game in Studio B.

For the not-too-claustrophobic, Mariner will have Puzzle Break: The Observatorium.  It’s an escape room detective game where competitors work together in order to find hidden clues to solve a series of high-tech riddles that unravel a mystery within 60 minutes.

A brand new longer 40-foot long FlowRider is also being added.  Flow Rider shown below is the usual size.  A 40-foot one will be amazing to try.

Only Mariner of the Seas will have the new Polynesian-themed Bamboo Room.  This retro lounge, the same as mid-20th century Tiki bars, will offer handcrafted cocktails, including of course, the famous Mai Tai.

New From the Galley

Mariner of the Seas is adding Jamie’s Italian restaurant in collaboration with British chef, Jamie Oliver.  The restaurant will feature fresh pasta and seasonal ingredients in this comfort-food style Italian eatery.

Read more:  My Favorite Rum and Food Tour in Nassau

Yes, Virginia, there will of course be Starbucks on board.  Same for sushi fans.  They can get their raw fish fix at Izumi Habachi & Sushi with made-to-order hot and cold dishes á la carte.

For more info:  Mariner of the Seas cruises from Miami 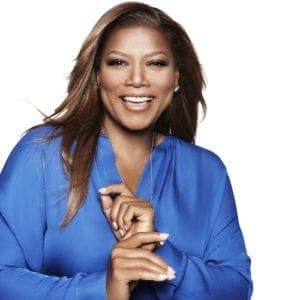