Only 42 days until Nieuw Statendam cruises begin from Ft. Lauderdale

Read next:  My review of Holland America Eurodam on an Alaska Cruise

Nieuw Statendam departs on its first 14-day voyage from Civitavecchia, Rome Italy to Fort Lauderdale on Dec. 5, 2018.  For winter 2018-2019, the ship cruises the Caribbean and returns to Europe for summer cruises in the Mediterranean and Norway.

The 2,666-guest Nieuw Statendam is the second ship in their Pinnacle Class, preceded by Koningsdam in 2016.  Holland America Line’s first ship in the fleet to be named Statendam began sailing in 1989.  Nieuw Statendam will be the sixth ship in the company’s history to carry the name. As you might guess, Nieuw translates to “new” in English and the rest is simply Statendam to commemorate the cruise line’s past, present and future. 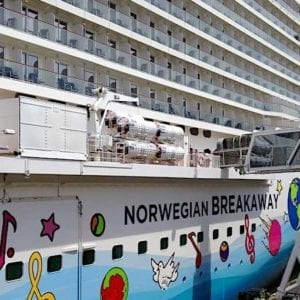