At an announcement aboard the Carnival Legend last Sunday, guests and hosts toasted to the new partnership with what else? A can of Cigar City Brewing specialty beer.  Two distinctive Cigar City Brewing’s beers, Invasion Pale Ale and Florida Cracker Belgian-Style Ale, were chosen to be the two specialty brews aboard Carnival.  And trust me on this one…they’re both terrific.

The first specialty brew I tried was the cloudy, gold colored Invasion Pale; what Cigar City calls a “session” beer (a beer with a relatively low alcohol content). As someone who likes a crisp, cold Sauvignon Blanc, to me the Invasion Pale brew had a similar grassy/citrus/grapefruit finish.

According to Cigar City, their Florida Cracker Belgian-Style White Ale is named for the colonial-era “Cracker” cowboys of Florida.  The tasting notes said this beer has “moderate notes of orange peel, coriander and hints of vanilla.”

While I could sip the Invasion Pale Ale by itself, the Florida Cracker really goes well with a hearty meal or heavy hors d’oeuvres.  Both are great additions to Carnival Cruise Lines private brand draft beer, ThirstyFrog Red, available on all Carnival ships that have a Red Frog Pub.

Founder and owner of Cigar City Brewing, Joey Redner sold his first batch of brew in 2009, with a theme to reflect Tampa’s Cuban-American culture.  The company now has four beers in its lineup plus a variety of seasonal beer.

Hop on a Carnival cruise from any of these ports and try the Invasion Pale and Florida Cracker.  Here are your options:

Port Canaveral: Carnival Sunshine and Carnival Liberty both sailing 5-, 7- and 8-night Caribbean cruises, and the Carnival Sensation doing 3- and 4-night cruises to the Bahamas.

Miami:  Offers the most sailings from 3- to 8- night itineraries to the Bahamas, Eastern and Western Caribbean on the Ecstasy, Victory, Glory, Breeze and Conquest.

Ft. Lauderdale:  Carnival Freedom until February 2015 and replaced by the Carnival Conquest sailing 5-, 6- and 8-night cruises.

If you just can’t wait until your Carnival cruise to taste a Cigar City Brew, their Tampa Brewery offers tours and private tastings plus their CCB store for barware and accessories.  The brewery is located at 3924 West Spruce Street, Tampa, Florida 33607 and is open for tours Wednesday through Sunday. Your $5 ticket includes the brewery tour, a pint of beer and a signature take-home glass. 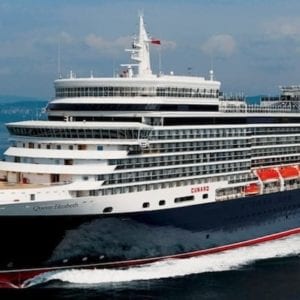