A Smoke-filled race to Bellingham, WA for the Alaska Marine Highway ferry.

The journey of 11,000 miles begins with one train…

Why drive 600 miles in a car rental?  I was originally scheduled for a quick train change in Sacramento to pick up the northbound Coast Starlight to Seattle. The raging wildfires in northern California quickly put an end to Amtrak traveling north of Sacramento for several days.

Since my crazy-quilt pattern of travel plans can fail as easily as a misplaced domino, I quickly put Plan B into action.  Budget car rental.  After breakfast next door to Sacramento’s Vagabond Inn, I hopped into a Lyft and headed to pick up my car rental.  I had to get to Portland, to get to the Alaska ferry on time, in order to get to Juneau for my Alaska Dream Cruises Inside Passage cruise.

I happen to have a friend in Medford, some 300 miles to the north and the half-way point to Portland.  The highway report said that I-5 would periodically re-open after sporadic closures for fire fighting equipment to reach Redding.  With a procession of Nation Guard and fire trucks in the right lane, we motorists kept a steady pace in the left lane until we reached Redding, about an hour north.

Finally in Medford, OR, I spent the next few hours catching up over dinner with an old friend.  My “when in Rome” mode kicked in so we headed to a local brewery so I could try “real” Oregon beer with a farm to table-type meal.  Oregon’s kitsch was getting to me, but unfortunately I had to leave.  Tomorrow was another 6-hour white-knuckle mountain driving day to reach Portland.  I still had another train to catch.

Before I checked out of the hotel the next morning, I went peach-picking!  Yes, it was prime peach season in this part of Oregon. If you’ve never eaten or even seen peaches from Oregon, you wouldn’t believe how incredible they are, especially right off the tree.  Still warm from southern Oregon’s record hot temperatures, you have to be careful as you snap one off the tree or they’ll smush.  One amazing bite and as a burst of aromatic peach juice goes from fruit to elbow, you realize these are addictive.  A few peaches would make a delicious driving snack despite the drippy mess.

Later that day, as I negotiated another dizzying mountain range and finally drove down into the valley leading to Portland, I sadly finished the last two peaches.

The sun was shining in a cloudless sky when I arrived in quirky yet lovable Portland, Oregon.  An overnight light rain had helped to lessen the smoke and ash pouring in from the south.  I could almost relax.

My 11-day journey, a nearly-diagonal line from Florida to to Portland , was almost complete.  Only one more train ride and an overnight in Bellingham, Washington.  I’d board the Alaska ferry bound for Juneau.

Though I really don’t know my way around Portland despite this being my 4th visit, I knew enough of downtown and trusted Google Maps that it was simple to find the Budget rental office.  Within minutes, I was in a Lyft heading across the wide Columbia River to a Marriott.

Too late in the day and too far from actual downtown, I ordered carryout dinner from the restaurant downstairs and enjoyed the solitude and quiet of a clean, non-smokey and air-conditioned room.  Temperatures in Oregon and California still hovered around 100 degrees.  After three days of inhaling smoke from the region’s dozens of fires, I was content to simply hang out in my hotel room til the next afternoon.

At 3:00pm, I boarded the Amtrak Cascades for a six-hour train ride to Bellingham, Washington. The Cascades train consist is about as close to a European-designed train as you can find here in the states.  The odd thing though is that these cars are shorter in length than regular Amtrak coaches and European trains.  With cozy leather seats and a well-designed cafe car, for a split second I imagined I was in Europe.

For dozens of miles, our train hugged the very edge of the Pacific Ocean, as a massive row of boulders acted as a guard rail.  Up and around each curve, the train not-so-slowly snakes along the rails, as onlookers stand poised with their cameras waiting for the Cascades, so they could capture a perfect train-spotting moment.

The sun dipped into the blue-gray sea, reflecting on the water for only a few minutes.  The lights were turned on in the train car and the time to gaze at the view had ended. I would start to fidget a bit, organize my things, check the luggage rack to make sure my suitcase was still there.

Bellingham marked the official end of my 11-day cross-country journey from Florida to Washington state.  One last night in a hotel in Bellingham and I was bound for Alaska.

When our cheerful car attendant announced our impending arrival into Bellingham, the slow procession to detrain began.  I called for a Lyft and within 20 minutes I was checked in at a Sheraton Four Points. I have to say this was one of the most friendly, clean and comfortable hotels I’ve stayed at for quite a while. Even the hotel restaurant was excellent. I’m not exactly a traveling foodie, but I’m pretty picky. Tired, happy and excited for tomorrow’s Alaska ferry, I fell fast asleep, only half-way through Frasier, S11/E20.

This was as far north on land as I could go.

And there’s more from my Alaska adventures in the works.  Check back soon or subscribe by email to never miss a post. 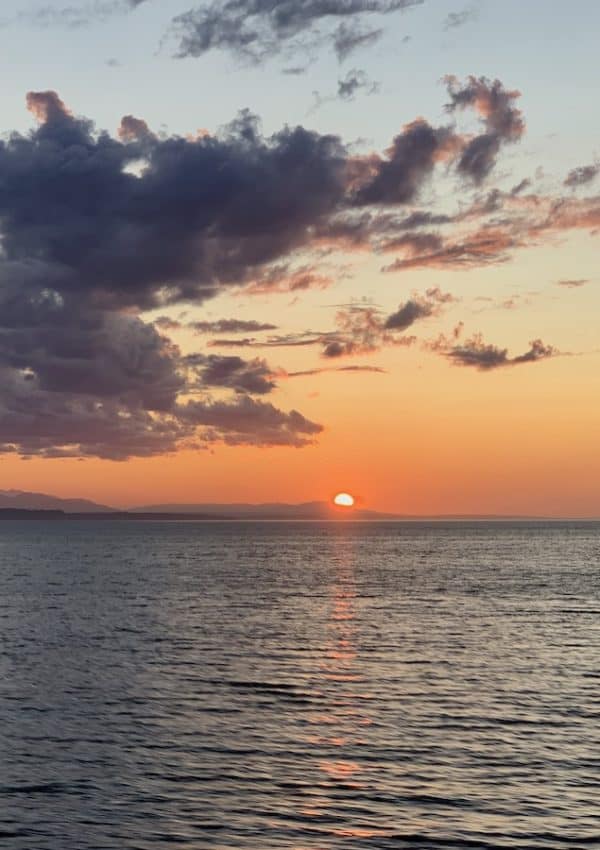 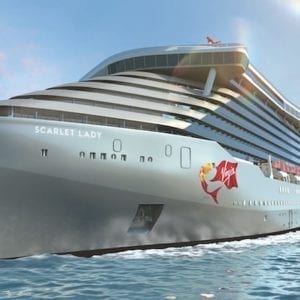 Last Updated on January 21, 2021 by imarkinteractive