Viking Star transatlantic follows path of Leif Eriksson from Norway to Greenland and over to Canada.

Viking Cruises launched their first 930-passenger, all-veranda ship in May 2015 and it quickly rivaled or surpassed other upper premium category ships. I know.  I was on the Viking Star in October 2015 from Barcelona to Venice and was totally in awe of what they’ve accomplished.

For the first batch of pancakes off the griddle, Viking Ocean Cruises has found the perfect recipe for success.  From heated bathroom floors to the first infinity pool at sea, the Viking Star really raises the bar on upper-premium cruise lines.

The first Viking Star transatlantic itinerary is a 15-day cruise from Bergen, Norway to Montreal, with visits to nearby Scottish Shetland Islands, then Denmark’s Torshavn in the Faroe Islands before the Viking Star heads across the Atlantic to Reykjavik, Iceland and two ports in Greenland. Saguenay and Quebec City precede the end of the voyage in Montreal.

As the cruise continues southbound, Boston is the next port for an overnight then onto New York City to dock at the convenient Manhattan Cruise Terminal for another overnight experience before disembarkation on October 14.

When guests board the Viking Star on October 14, they too, will overnight in the heart of New York City. Before the ship arrives into San Juan, Puerto Rico, ports of call include Newport, RI; Baltimore, MD and Norfolk, VA.  Fort Lauderdale with also be an overnight experience before leaving the next day for Turks and Caicos, Antigua and St. Thomas, USVI with an October 28 arrival into San Juan.

With San Juan as the seasonal homeport for the Viking Star, ten Caribbean voyages are planned which include the islands of Tortola, Antigua, Barbados, St. Lucia, Guadaloupe, St. Kitts, St. Maarten and St. Thomas.

“We have always had a vision to reinvent ocean cruising – to bring destinations back to the forefront of the itinerary and to build ships that are designed to help our guests better explore their destinations,” said Torstein Hagen, founder and chairman of Viking Cruises.

Eastbound transatlantic back to Europe

After a balmy winter season in the deep Caribbean, at the end of February the Viking Star begins a 14-night eastbound transatlantic crossing, taking the warmer southern route towards the Portuguese island of Madeira, then continuing to Casablanca, Morocco; Cadiz, Spain and will finish in the beautiful city of Barcelona, Spain.

Reservations are already in progress so call your travel agent and take advantage of the 2-for-1 pricing for this inaugural transatlantic season. 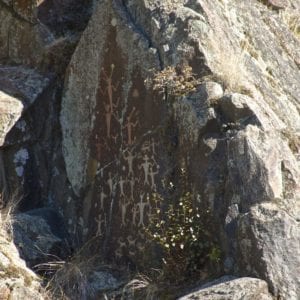 To Hells Canyon and Back with Un-Cruise Adventures