Columbia River – The Columbia River actually begins in the Canadian Rockies, but in the US, Columbia river cruises span the length of the border between Washington and Oregon, between Portland and Lewiston, Idaho. Lewis and Clark and Sacajawea fans will be overwhelmed with the history of this route.  The scenery is gorgeous; from snow-capped mountains to high plains deserts and rugged gorges, this is one fabulous itinerary.

Erie Canal – Located in New York state, the engineering marvel of the Eric Canal runs for 363 miles and connects Lake Erie with the Hudson River.

Hudson River – The Hudson River forms in the Adirondack Mountains of upstate New York and empties into the Bay in New York City.

Mississippi River – From its source in northern Minnesota, the mighty Mississippi flows through 10 states along its 2,320-mile route until it reaches the Gulf on Mexico.  Ply the southern half for the historic richness, Confederate history, southern cuisine and thriving river cities. Cruise the upper Mississippi through St. Louis to St. Paul and cruise through America’s heartland.

Ohio River – This 1,000-mile long river begins near Pittsburgh, Pennsylvania and continues westward until it meets up with the Mississippi River in Cairo, Illinois.

Tennessee River –  Meandering through four states (Alabama, Tennessee, Kentucky and Mississippi) on its 652-mile route to flow into the Ohio River at Paducah, Kentucky. 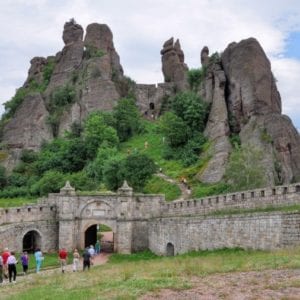