Holland America has just announced that Oprah Winfrey will be the godmother to their newest ship, Nieuw Amsterdam.  Still under construction in Italy, Nieuw Statendam will launch in later this year.

Oprah Winfrey has had an association with Holland America in conjunction with a partnership with O, The Oprah Magazine and subsequent O magazine-themed cruises.

After Nieuw Statendam has sailed seven voyages, on January 30, 2019, there is a special three-night Girls’ Getaway cruise planned.  Oprah, along with Gail King and other special guests will be onboard.  Guests can attend a special appearance by Oprah, O Magazine-themed events and a spend a relaxing day ashore at Half Moon Cay.

Information about the Holland America Nieuw Statendam inaugural event and Oprah Winfrey, planned as a private ceremony, are forthcoming. 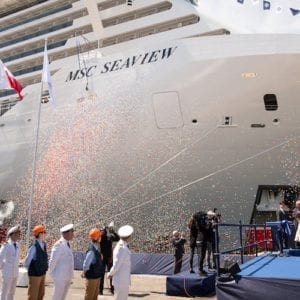