Cruise Lines International Association announced on Wednesday morning new extended cruise cancellations for most of their member cruise lines.  They have suspended all cruise departures through at least the month of October.

The voluntary suspension applies to all CLIA members to which the U.S. Centers for Disease Control and Prevention (CDC) No Sail Order applies.  Ships that carry 250 persons or more are under the No Sail Order.

CLIA addressed the possibility that if conditions in the U.S. should improve, it might be feasible to resume cruises sooner if the lines would consider shorter and modified sailings.

The Association’s statement added, “Despite the valuable alignment between CLIA’s previous voluntary suspension to 15 September and the CDC’s current No-Sail Order date of 30 September, we believe it is prudent at this time to voluntarily extend the suspension of U.S. ocean-going cruise operations to 31 October.”

Four cruise lines that aggressively pursued an early restart have been forced to either discontinue for the rest of the year or adopt a wait and see attitude.  These include UnCruise Adventures in Alaska, Hurtigruten’s Roald Amundsen in Norway, SeaDream Yacht Club’s SeaDream I also cruising in Norway as well as Paul Gauguin in the South Pacific.

The first voluntary suspension was announced mid-March, the second suspension occurred on September 15.  This third cruise cancellation announcement was a result of consideration of Center for Disease Control’s Request for Information input that is due on 21 September.  Also, CLIA states that the spike in COVID-19 cases is an additional factor.

What to do if your cruise was canceled?

If your cruise was canceled, the cruise lines are reaching out to passengers or travel agents.  A Future Cruise Credit will automatically be applied to your account unless you submit an online request to your cruise line for a refund to your credit card.

CLIA member cruise lines will discuss a possible fourth extension on or before September 30, 2020. 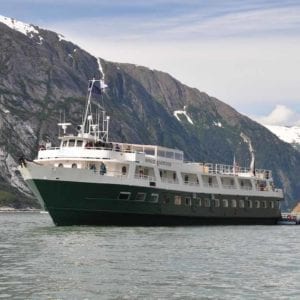