Located near Venice Italy, the Marghera shipyard was the backdrop on April 2, 2016.  A Handover Ceremony is still a major milestone and event in maritime history.

In attendance for the Koningsdam transfer of owners was Graziano Delrio, Italy’s Minister of Infrastructures and Transport, Giuseppe Bono, CEO of Fincantieri and CEO of Carnival Corporation, Arnold Donald.

After the ceremony, all the shipyard employees who helped build the Koningsdam, along with their families, were invited on board the ship to dine in the Lido Market.

After dinner, everyone headed to the World Stage main showroom to experience the new 270-degree LED projection light and sound performance.  The gala event wrapped up with a tour of the ship that included shipyard employees and their families.

On April 3, the Koningsdam sailed to Civitavecchia, the port city for Rome, to prepare for its Premiere Voyage departing on April 8.  After several Mediterranean voyages this spring, the Koningsdam will cruise to Rotterdam, Netherlands for the official naming ceremony on May 20.

After the first four-day Bahamas cruise on Nov. 9, 2016,  beginning on Nov. 13 the Koningsdam sets out on its first 10-day cruise to the southern Caribbean.

The 7-day Caribbean cruises alternate eastern and western itineraries, while the remaining 10- and 11-day cruises reach all the way to the deep eastern and southern Caribbean islands of Barbados or Aruba.

On April 2, 2017, the Koningsdam will head back to Europe on a 14-day transatlantic crossing from Fort Lauderdale to Civitavecchia.  At the end of the European cruise season, the ship will return westbound across the Atlantic on Oct. 25 for a 14-day voyage from Rome to Fort Lauderdale.
For more information about the new Koningsdam, visit Holland America. 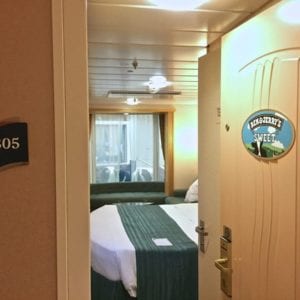