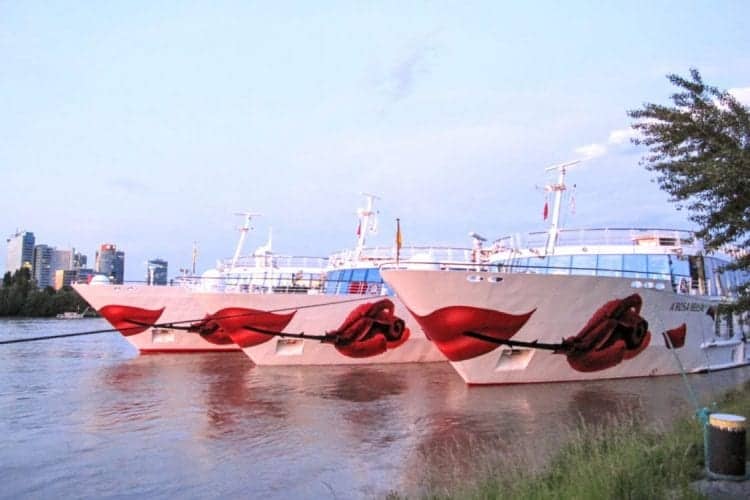 Every person who’s ever cruised knows that fire is the most dangerous situation on a ship, especially on an ocean cruise ship.

Fortunately for all involved, this fire was aboard a river ship on the Danube in Lower Austria. Nearly 200 passengers and crew aboard the river ship owned by German river cruise company A-Rosa were evacuated on Monday after a blaze broke out on board.

The passengers, on cruise from Linz to Budapest were moved to another nearby A-Rosa ship. According to a fire brigade spokesman, the blaze began close to the village of Schoenbuehel-Aggsbach, west of Vienna.  None of the 150 passengers were injured.

Dousing the fire required 12 fire trucks and several boats and close to 150 fire fighters to finally bring the blaze under control after two hours.

Of the 39 crew members, eight were treated for smoke inhalation in hospital, a spokesman for the Red Cross said.  Two of the most seriously injured were flown by helicopter to the hospital.

No reason has been given for the fire but the spokesperson said it probably started near the ship’s gym and fitness facilities, possibly in the sauna area.  All passengers are fine and continuing on their cruise.

Sherry is editor and creator of CruiseMaven.com. An expert on ocean and river cruises plus trains in the US and Europe, Sherry’s goal is to share her experiences to entertain, inform and inspire readers to travel the world.