Norwegian Joy was launched in 2017 and built specifically for the Asian cruise market.  The second in the Breakaway-Plus class and now sister ship to the 2018 Norwegian Bliss, the cruise ship just completed a massive overhaul, ready for her inaugural cruise season.

Changes were made to appeal to a more North American cruise passenger.  Out with the dedicated Tea Rooms and in with pubs, cocktail lounges and an enlarged photo gallery.  Asian specialty restaurants were replaced with Texas BBQ and separated main dining rooms.

Dining aboard the Norwegian Joy

Norwegian is known for offering their guests a wide range of specialty dining options and the Joy is no exception.  Now you’ll find a total of nine specialty dining choices, all of which have a price tag attached.  Luckily, none of the costs are excessive, especially if you compare to land prices.

The specialty restaurants include:

Norwegian Joy was the first cruise ship to add a GoKart race track.  During the refurbishment, the track was enhanced.  There’s also Laser Tag, a 3-D virtual experience, mini-golf, and an expanded Aqua Park.

Music fans should not miss the Broadway-style production of the musical Footloose.  The head over to the Cavern Club where a Beatles cover band entertains late into the night.

This year, Norwegian Joy cruises the Alaska Inside Passage, roundtrip from Seattle.  Cruises begin May 4 and go through September.

Read next:  What to Pack for an Alaska Cruise

After her Alaska season, there will be two back-to-back Panama Canal cruises from Los Angeles San Pedro port to Miami and back.

The ship will remain in Los Angeles for a season of Mexican Riviera cruises through Spring of 2020. After that, the ship will reposition back to Seattle and begin another season of cruises to Alaska.

When that’s over in late summer of 2020, Norwegian Joy will cut through the Panama Canal again but remain homeported in Miami for Caribbean cruising in winter.

Read more:  How to Pack for a Norwegian Cruise Line Cruise

And there’s more.  Coming in summer on 2021, there’ll be a full summer of cruises to Bermuda from New York City.  Plus…three Canada and New England cruises to close fall of 2021.  That’s as far as the schedule goes at this time.

Meanwhile, I leave today on a three-day inaugural preview cruise from Vancouver to Los Angeles.  Stay tuned for more insight and information on Norwegian Joy. 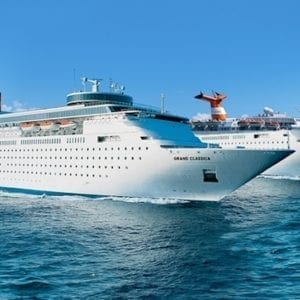