When Holland America Line’s ms Westerdam emerged from a 12-day dry dock, the ship debuted a slew of renovations.  Added were new public spaces and amenities, including the new informative and interactive Explorations Central, or EXC, located in the Crow’s Nest and Rijksmuseum at Sea.

Additions include Music Walk, a version of the Rijksmuseum and Explorations Central.

“We have many innovative new programs and enhancements launching across the fleet, and it’s exciting to see them finally come to life on Westerdam, which is the first Holland America Line ship to get Rijksmuseum at Sea and EXC,” said Orlando Ashford, Holland America Line’s president.”

What Was Added to Westerdam ?

Holland America Line’s partnership with Rijksmuseum in Amsterdam, celebrates the company’s Dutch heritage. With Rijksmuseum at Sea on Westerdam, reproductions of some of the museum’s most famous masterpieces are showcased at a dedicated space located on Deck One of the Atrium. Guests also can view videos about the museum and its collections on the in-stateroom television.

READ NEXT:  How to get to Rijksmuseum from Amsterdam River Cruise Dock

Holland America’s destination immersion experiences kick into high gear with the launch of EXC programming. The multifaceted EXC experience combines a wide array of travel resources with enrichment opportunities. Much of the EXC experience is featured in the newly created Exploration Central’s hub located in the Crow’s Nest.  EXC is a comprehensive resource and engagement center with interactive screens and a Virtual Bridge. This new programming offers a full EXC Team to engage with guests, EXC Tours, EXC Destination Guides, EXC Channel and Theater EXC.

The addition of Lincoln Center Stage and Billboard Onboard compliments the already-existing  B.B. King’s Blues Club. Lincoln Center Stage showcases an ensemble of world-class musicians that perform multiple chamber music programs every night. Billboard Onboard features the talents of two pianists performing dynamic shows centered around the interesting facts and figures of the music industry as chronicled by Billboard.

This venue serves an exclusive cocktail menu created by celebrity mixologist Dale DeGroff.  It replaces Northern Lights bar and disco and is adorned with an eclectic and whimsical mix of artwork including portraits, landscapes, still life and abstract pieces.

The Lido buffet has been transformed into the Lido Market concept — a marketplace with different themed stations offering a selection of options for on the go or quickly made to order. Areas include fresh-baked breads and pastries at Breadboard, classic comfort food at Homestead, dishes from around the globe at Distant Lands, Wild Harvest’s freshly made personalized salads, and sweet treats at Sweet Spot.

Westerdam currently is cruising the Mediterranean on 12-day itineraries between Barcelona, Spain, and Venice or Civitavecchia (Rome), Italy. 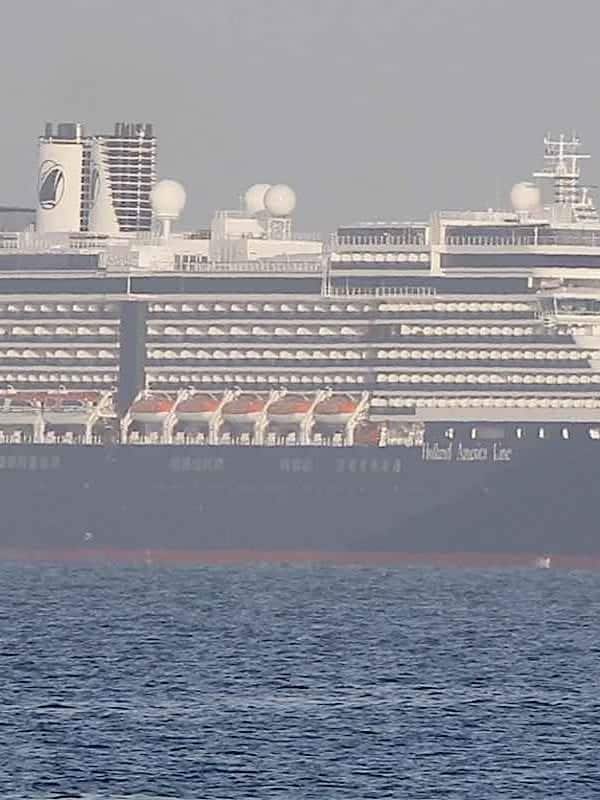 American Constitution Launched on the Wicomico River in Maryland