Then in 1996, they expanded their company and began to market Europe river cruises to North Americans. Vantage is headquartered in Boston and operates cruises across all continents.Of 21 ships in operation, Vantage owns only three, and charters the rest of their fleet. Most tours and cultural enrichment are included in the fare, which makes Vantage’s sailings a good value option.

Geared toward middle-aged vacationers, Vantage has also made a name for itself amid the solo traveler community with waived or low single supplements for single cabins.  Vantage has events for solo cruisers, along with roommate matching services.

On a side note, we expect Vantage to continue to make a play for the expedition cruise space after its two new-builds Ocean Explorer and Ocean Odyssey.

Five of Vantage’s river ships, some of which are owned by CroisiEurope, operate in Europe.  The line’s all-suite Nile river ship, Nebu operates in Egypt and is the cruise line’s first owned ship in Africa.

Vantage runs one other chartered river ship in Africa, CroisiEurope’s African Dream. Century Legend sails the Yangtze River in China and is owned by a Chinese company.

The six small-ship ocean vessels sailing in Europe are owned by Hurtigruten, with another Hurtigruten vessel, Roald Amundsen running Vantage charters to Antarctica. Three vessels ply the Mediterranean, from a yacht to a sailing ship, while Metropolitan Touring’s Santa Cruz II calls on the Galapagos.

The oceangoing ships chartered from Norway-based Hurtigruten offer about 200 cabins, including some ships with no balconies at all, and the rest as relatively basic with picture windows or portholes; they range from a tight 54 square feet to 322-square-foot suites.

Aboard Ocean Explorer and Ocean Odyssey, the majority of cabins will feature a balcony. There are three suite categories (Balcony, Junior, and Captain’s).  Cabins on Deck 3 will feature porthole windows.

The vessels are Polar Code 6 compliant, which means they are built to withstand “medium first-year ice” and only for summer and autumn operation.

With so many products, Vantage offers passengers a variety of ship capacities. But the cruise company’s focus seems to be set on more intimate experiences, with only river ships and small oceangoing ships in its portfolio — think dozens to hundreds, not thousands of passengers.

Therefore, European river cruises might carry 105 to 248 passengers, depending on the ship. Hurtigruten ships carry about 600 guests each, while CroisiEurope’s African Dream carries just 16.  That’s quite a difference.

Why Choose a Vantage River Cruise

Several of the five river ships in Europe have been recently renovated and up-to-date with tech amenities.

Their river cruise price points are far more attractive than many of the mid-range or luxury river companies.  While not considered a budget cruise line, you’ll find many of the same conveniences on a Vantage cruise as you would on a premium line.

Though families might think that this is a good way for everyone to experience a Europe river cruise, Vantage isn’t known as kid-friendly. The exception would be on a Vantage multigenerational cruise.

Traveling with you onboard a Vantage Europe river cruise will be mostly retired Americans looking for a good deal on a river cruise.  You’ll also find many repeat guests.  Vantage has a strong following of dedicated passengers that return year after year.  Kind of like summer camp!

Vantage doesn’t work with travel agents to promote its brand.  Instead, passengers are likely to find their way onto a Vantage cruise through word of mouth or a publicized offer.  Alumni groups flock to Vantage river ships and publicize the cruises in member magazines.

Because Vantage prides itself on its offerings for solo travelers, there is usually a large contingency of solo guests, many of whom are female.

Even though children ages 8 and up are allowed onboard, the line caters to adults so there are no specific activities for children available.

Occasionally, you can find special multi-generational sailings attracted to the option of those conveniently adjoining cabins.

Cabin types vary depending on which ship you choose for your Vantage river cruise vacation.

Dining on Your Ship

River ships feature single seating dining with a varied menu of American and European cuisine.  You can expect a selection of regional or local fare on each sailing depending on itinerary.  Complimentary wine, beer, and soft drinks are included with dinner every night on board.

Are There Alternative Dining Options?

Vantage river ships do not have complimentary or fee-based specialty dining alternatives.  Occasionally, there may be a small dining “event” on the sun deck.

A big draw in recent years is the availability of bicycles for use onboard many river cruise lines.  In addition to a fleet of 20 bikes on each Europe river ship, Vantage has added two Kalkhoff e-bikes, or electric bicycles, to its ship River Splendor.

As on other pricier river cruises, Vantage Europe river ships offer free Wifi, onboard entertainment with local performers as well as an onboard “resident” musician providing music in the lounge.  Complimentary coffee, tea and hot chocolate accompanied by freshly baked cookies.  Enrichment lectures and cooking demonstrations fill in the time spent cruising between ports.

Vantage River Cruises are Best For…

Vantage is suited best for North Americans 50 years and older looking for an adventurous itinerary while traveling on a budget.  Vantage is also an excellent choice for solo travelers with so many solo cabins available as well as reduced single supplements on many departures.

Beer, wine, and soft drinks are generally included at dinner, as well as the occasional hosted cocktail hour.  A full bar is available on a paying basis.

Tipping on a Vantage cruise is additional, and not included in the price of the cruise fare. On river cruises in Europe, 10 euros per person, per day is recommended as a standard gratuity amount for crew.  Gratuities are paid at the end of the cruise.

On a Russia river cruise, gratuities are suggested to be paid in rubles and also at the end of the voyage.

Vantage covers a lot of ground, with ships across all seven continents.  If you hone in on their river cruises, you’ll find that their itineraries are in concert with all of the other river cruise lines.

You’ll find Vantage river cruises on the Rhine, Main, Moselle and Danube, plus the Seine in France between Paris and Normandy and the Douro river in Portugal and Spain. 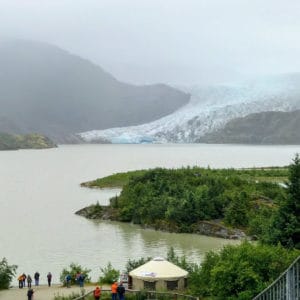