Exciting news for Oprah fans! Just announced, O, The Oprah Magazine and Holland America have formed an exclusive partnership for an upcoming cruise to Alaska in July 2017…and beyond.

A fabulous inaugural cruise is planned with Oprah Winfrey, O The Oprah Magazine editor at large Gayle King and others joining the Share the Adventure Cruise to Alaska in July. Four more O, The Oprah Magazine Adventure of Your Life cruises with O Magazine-inspired activities are scheduled aboard select North America ships through 2018.

“I’m so excited to continue 2017 as my Year of Adventure with another bold, new place I’ve never been before: Alaska!” said Oprah Winfrey.

The magazine kicks off the partnership with a contest in March 2017 and will award three readers the chance to join the inaugural cruise to Alaska with Oprah and Gayle.

O, The Oprah Magazine Share the Adventure Cruise to Alaska will take place July 15–22, 2017.  The remaining themed-cruises include:

While on an O, The Oprah Magazine cruise, there will be specially planned activities, under the creative direction of O, The Oprah Magazine editors.  Through 2018, more than 300 Holland America cruises sailing in North America will offer an opportunity for guests to experience variety of activities that reflect the lifestyle elements of the magazine. Some of the activities will include meditation, tai chi, healthy cooking demonstrations, book club gatherings and more. 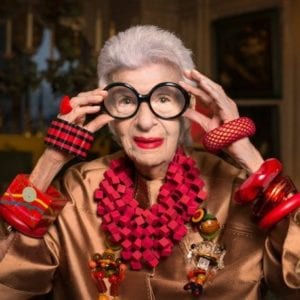