Girls aren’t supposed to like trains.  But there are exceptions.

From as far back as I can remember, I’ve been fascinated with trains.  From electric model train sets to cross-country train trips, each experience has reinforced my love of trains.  And now I know, I’ve finally realized, it’s okay. I’m okay.

My parents once told me that the first stair steps I ever walked up alone were at the Museum of Science and Industry in Chicago.  Every visit as a toddler, I was out of my buggy and on my dad’s shoulders for a bird’s eye view of the sprawling Santa Fe Railway model train exhibit. I’m convinced that, as soon as I could make it up those stairs, I was determined to reach the train viewing area under my own foot power.

Once I was tall enough to stand shoulder to shoulder with the little boys, I stood as close as possible to the smudgy glass.  I wanted to be as close as I could get to this miniature Utopia. There they were, dozens of O scale train cars – freight trains and passenger trains – crisscrossing the country en route from Chicago, west to Los Angeles on the path of the Santa Fe Railroad.

You could press buttons to make train cars inch forward towards the diesel shop.  Other buttons elicited sounds like train whistles.  You could even slow down a freight train to cross a bridge and load or empty lumber.  It was so exciting to press button after button and witness the trains’ reactions.  The words “interactive” or “hands-on experience” weren’t yet coined.

I waved every time the Warbonnet Red and yellow Santa Fe engine and passenger train passed by as if passengers inside could see me.  They were on their way from Chicago to Los Angeles. Someday, I’d travel aboard the real Santa Fe Super Chief on my own cross-country adventure.

It was somewhere around my eighth or ninth birthday when my parents, well aware of my love of trains, took me to see a model train set at someone’s home. For years I pleaded and begged for a Lionel train set as a present for any holiday.  No luck.  So when I heard that an acquaintance of my parents, affectionately known as “Mr. Baer who had no hair” had built an elaborate train set in his basement, my parents made arrangements for a visit.

It was only a short drive from our home on Chicago’s South Side to Mr. Baer’s small bungalow-style home. After perfunctory chit-chat, he led us down the stairs to his “train room”.  When I was told, “Stand back”, I watched in awe as he slowly turned a crank.  There, suspended by cables attached to where the acoustic-tiled ceiling met the pine-paneled walls, he lowered the largest train set platform I had ever seen, except for of course, at the museum.  Somehow he built it to store vertically without so much as a thumb-sized shrub falling off.

Of course the trains themselves were not on the tracks.  One by one, this basement engineer assembled his Lionel trains in perfect sequence, one long train at a time.  When at least two dozen cars and their engines were in place, Mr. Baer uttered the magic words, “Would you like to start the trains”?

So as not to send the cars flying off the tracks, I carefully held the black control box and slowly moved the small dial switch.  With my eyes never blinking, I cautiously observed as each train’s engine engaged and made a tiny lurch forward.  Their journeys had begun.

Around and around went the trains.  Tiny townsfolk with folded newspapers sat on little benches and watched as the trains rolled past.  Crossing lights dinged and blinked as cars that would never actually move, stopped to let the trains roar past.

As basement lights were methodically dimmed, day faded into night over this handmade masterpiece mosaic of town and landscape.  Window panes of houses, store fronts and old-fashioned street lamps were illuminated in a warm glow.  You could almost sense that the toy people inside these tiny buildings took notice as the trains’ whistles blew and freight cars rumbled along the tracks.  It seemed to take hours for each train to make the circuitous route though in reality it was probably less than a minute.

It was pure magic.

Welcome to the new Millennium

Sadly, in 2002, the original, loved-by-generations Santa Fe Railway model at the museum was dismantled and train parts sold on eBay.  There’s now a new and 50% larger railroad exhibit.  I haven’t ventured over to see it yet, but from the photos and videos I’ve seen, it looks pretty good and up-to-date.  Instead of the Santa Fe Super Chief traveling between Chicago and Los Angeles, it’s now the Empire Builder that transports its “passengers” between Chicago and Seattle.  Freight trains rumble past a new generation of kids and parents, who also line up against the glass to get as close as possible to their beloved trains.

My fascination with trains has stuck with me for over a half-century.  I just booked another cross-country trip on Amtrak for early next year.  In late winter, snow will surely cap the mountains of Arizona, New Mexico and Colorado.  Our train, traveling along the same Super Chief route of old, will gingerly negotiate switchbacks up and down the mountains.  Snowflakes the size of dinner plates will fall, careen and collide against my train window.  You can bet that my glass window will be dotted with similar smudges to that of the museum’s original Pullman-built glass panel that surrounded the model train exhibit.  Some things never change.

Take a ride on the miniature Empire Builder: 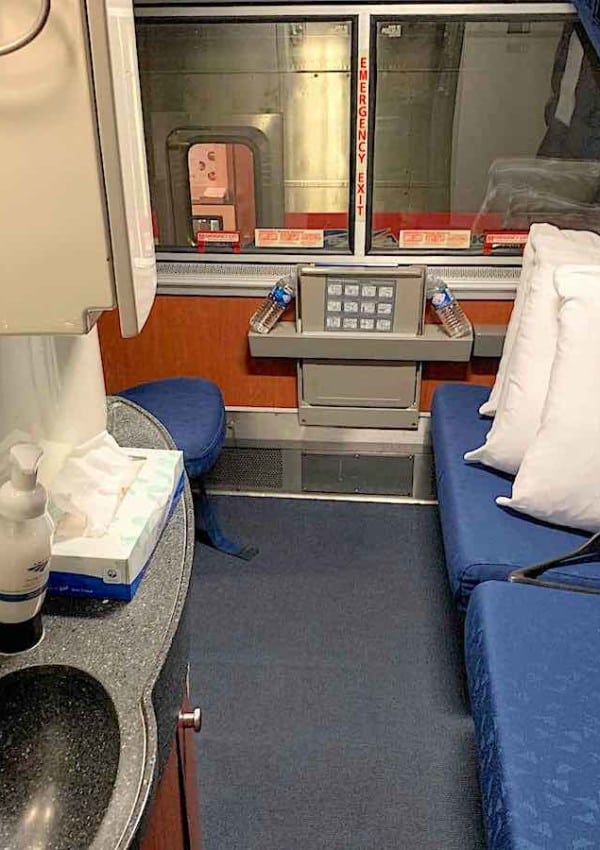 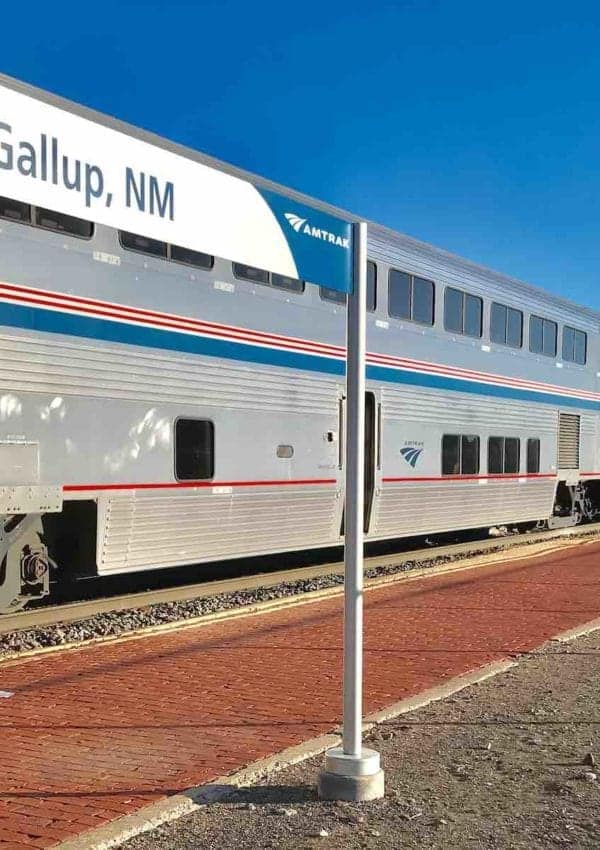 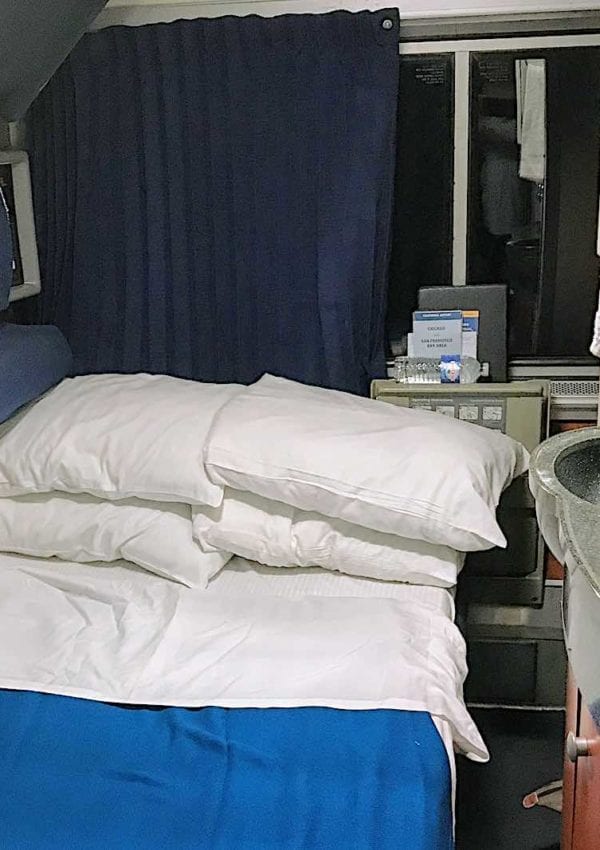 Tips for Traveling in an Amtrak Sleeper Car – The Complete Guide 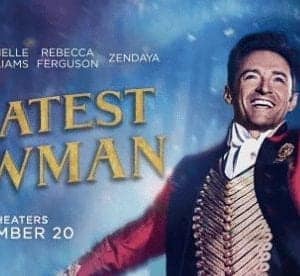