German cable car stops all the cars, high above the Rhine

As you leave or depart Cologne, if you were looking up at the right moment, you’d see a ribbon of colorful tiny cable cars crossing the Rhine.

I don’t like cable cars, ferris wheels or any other suspended means of transportation.  Though airplanes don’t have strings attached, they’re out too.  Most recently, I passed on the chance for a truly magnificent cable car ride.  It’s called a CabriO and ascends some 6,000 ft up to Mt. Stanserhorn in Lucerne, Switzerland.  I was so disappointed to have missed it.

Another time, the river cruise line’s shore excursion gave us no way down from Ehrenbreitstein Castle in Koblenz except for a cable car capsule that also crossed the Rhine.

There’s also a very cute (think old) cable car ride that I’d passed on in Rüdesheim, Germany. Despite half of the river ship passengers going on it, I haven’t tried that ride either.

When I saw the preliminary photos of this latest incident, immediately I thought of the rickety ride in Rüdesheim.

Sunday’s cable car situation happened just north of Cologne’s city center.  If your river ship has ever docked on the outskirts of the city, then this area might be familiar.

At least 65 people were left dangling high above the Rhine River after a cable car hit a support pillar.  The wheels of the disabled cable car came off the cable line.  When that car bumped, it caused all the other cars to come to a halt.

The cable car ride crosses the Rhine river as well as a major highway.  At times the cars were as high as 140 ft.  About 150 emergency services personnel were on the scene to evacuate all the passengers.

Luckily, no one was injured.  I still won’t try in on my next visit.  But I have to ask…have you ridden any nerve-wracking cable cars? 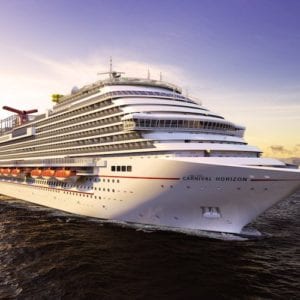 Building of Carnival Horizon Coming Along Right On Schedule