Europe and Beyond Without Flying – How Did I Do It?

Thank you for subscribing.

We respect your privacy and take protecting it seriously 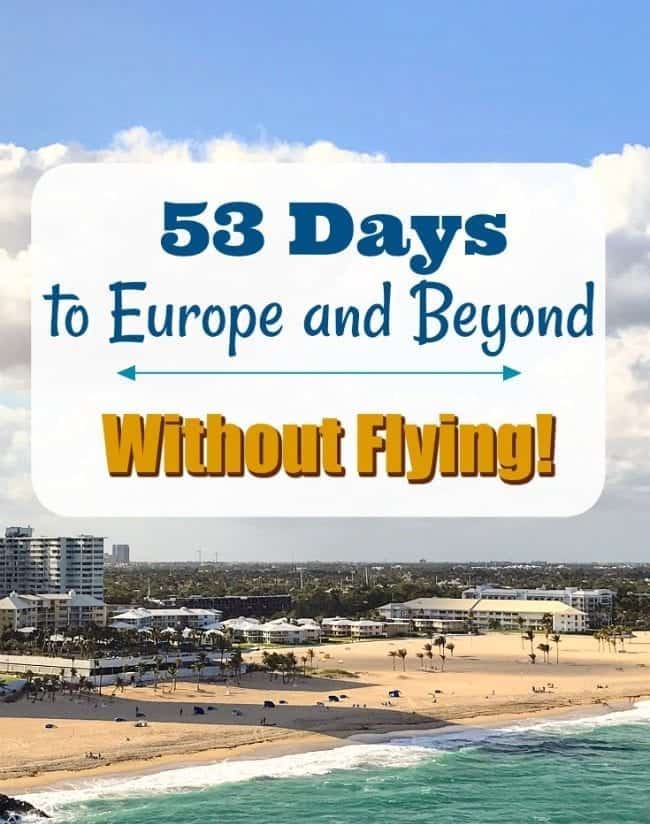 “I long to be at sea,” she whispered through an ear-to-ear grin.  That “she” was me.

A tall, colorful sail-away drink in one hand, camera in the other, I set out on another transatlantic crossing.

Another year, another lengthy haul to Europe and back.  It’s how I travel without flying.

I’ve traveled back and forth to Europe from Florida for over 12 consecutive years and never set foot on an airplane.  It’s not easy.  To plan all the cruise ships, river ships and even the Eurostar takes almost twice as long as the time spent away.

Traveling solo has its advantages.  If I had to drag along a traveling companion, unless they know their way around Europe, there’s no way.

Home again with over 2,000 photos and a notebook full of, well…notes, I’ve decided to get creative.

Each day, for the next 53 days, I’ll publish my favorite photo in chronological order; one for each day of the trip.  Pic of the Day.

Read more: 12 Things I Like About Holland America Koningsdam

Pic of the Day

After a busy, crazy day and a quiet evening settling into my room, I was excited for the next day’s onboard adventures…and maybe a trivia contest!

Take a Look at the New Queen Mary 2 Kennels

How to Get to Queen Mary 2 in Southampton from Amsterdam by Train
How to Navigate Between Venice Cruise Port, Train Station and More

4 thoughts on “Europe and Beyond Without Flying – How Did I Do It?”