As the result of a bomb scare, Discovery Cruise Line’s only ship, the little Discovery Sun, spent five listless hours Friday night, bobbing in the ocean eighteen miles from Ft. Lauderdale.  To add insult to injury, the cruise line is scheduled to “go out of business” on September 6.

The Discovery Sun departed from Lucayan Harbor at Grand Bahama Island at 5pm with nearly 900 passengers, en route back to Port Everglades with a 10:30pm arrival time.

When the ship was notified of the bomb scare, passengers were restricted to their cabins or a few designated public areas. As US Coast Guard and bomb squad technicians boarded the ship around midnight, the main lobby was off-limits. After the initial search turned up nothing, the ship was allowed to return to Port Everglades around 4am.

How it played out

Mike Jachles, a spokesman for the Broward Sheriff’s office said that at about 9pm, the Miami Dade police department received a 911 call warning that there was a man aboard the ship with a gun and a bomb.

“We immediately notified our homeland security office, the federal authorities, Coast Guard and Florida Department of Law Enforcement,” said Jachles. He went on to say that the US Coast Guard boarded the ship at sea around midnight, accompanied by the Broward Sheriff’s Office’s bomb-detecting dogs.

With nothing suspicious found onboard, the all-clear was given and the Discovery Sun was allowed to return to Ft. Lauderdale. By 6am, passengers and crew were cleared for debarkation.

With an empty ship, the Coast Guard, FBI, Customs and Border Protection and the BSO (Broward Sherriff’s Office) performed another search and again turned up nothing.

“We take all bomb threats seriously and so we have to determine their credibility and err of the side of safety for the public and do a complete response as needed,” Jachles added.

There is an ongoing investigation between the FBI, Coast Guard, BSO and Customs and Border Protection, according to Jachles.

As a result of high operating costs and not being able to raise their rates due to economics, the last day of operations for the line’s Discovery Sun ship will be September 6, according to the line’s spokeswoman, Roberta Backus.

The cruise line had fares as low at $79 round-trip, offered free birthday cruises and was popular for weddings and children’s parties. In June, the cruise line announced the end of the all-inclusive alcohol policy that was standard with the $79 rate. 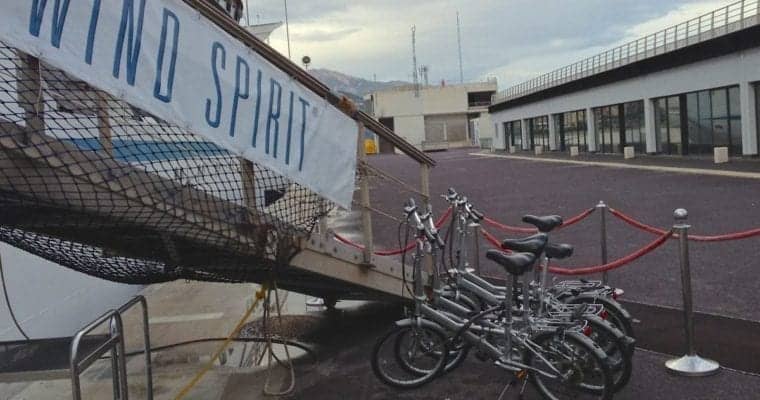