Whether it’s a New Year’s Eve knitting cruise on the Danube or scrap booking in the Baltic, there are theme cruises for every interest group. Topping the charts are country music cruises. In fact, country music cruises are so popular that for the second time in less than a year, Flying Dutchmen Travel is hosting another Country Cruising music extravaganza. This year’s Country Cruising event takes place aboard Norwegian Cruise Lines’ beautiful Norwegian Pearl, departing from Miami on January 12-19, 2014.

Who’s on first?
The roundup of country music all-stars is dazzling.  Headlining the show is Grammy-nominated Trace Adkins. If you know anything about country music, chances are you know that Trace is a multi-talented singer/songwriter, actor and television personality. With over 20 million albums sold since his debut in 1995, Trace was also the winner in the NBC television hit, “The All-Star Celebrity Apprentice.”

Flying Dutchmen Travel has scheduled up a jam-packed, week-long program filled with live music every night. Events will include:

Where are we going?

On a western Caribbean cruise, round-trip from Miami, Florida.  Ports of call include Ocho Rios, Jamaica; George Town, Grand Cayman and Cozumel, Mexico.  There will also be three full days at sea to explore and enjoy the ship.

What’s there to do in port?
Check out the shore excursion options on Norwegian Cruise Line’s website and decide what to do in each port.  Choose from dozens of excursions, from a laid-back beach day  to a breathtaking zipline ride high above the jungle canopy or a catamaran ride complete with rum punch and snacks.

What about the ship?
The Norwegian Pearl, built in 2006, was the first ship in the industry to offer a regulation-size, four lane bowling alley at sea. For the adventurous, there is a massive rock-climbing wall and to unwind, guests can relax in the soothing thalassotherapy pool.  Take a tour of the Norwegian Pearl.

This floating resort offers twelve bars and lounges plus six complimentary dining choices and ten specialty restaurants (with a small service charge) so there is never a dull moment. Unless, of course you want some down time. If so, head over to the Mandara Spa and choose from dozens of treatments and massages.  Children’s programs are free and kids from ages 3 – 17 years are welcome to participate.

So you want to go?
There is still some last minute space available so don’t wait too long to make your reservation.   Click CountryCruising.com for all the info you’ll need to join in this country music event for 2014. 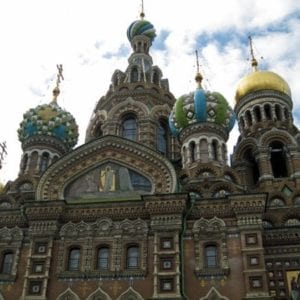