Close your eyes. Try to imagine the sound of a loaded dump truck as the driver directs the creaky lift to unload its haul of garbage.  That’s similar to the noise I heard beginning at 3:00am and continuing all night long.  At first I thought it might be a service door on the floor above me or a nearby room service access elevator.  By 7:00am I’d had enough and called the front desk.  Long story, short; because of the concern extended to me by Leyza at Guest Relations, my room was changed. Leyza saved my cruise experience and I can’t say enough kind things about her.

In between, I wandered about, finished up a bit of writing, tried the internet but connectivity still was hit or miss so I ended up at the pool for the mid afternoon sun.

Tonight was our first of two formal nights on this seven night cruise.  Beginning with the Captain’s Welcome on the Promenade and ending with an extraordinary performance by the Royal Caribbean Singers and Dancers, this was one of the most memorable formal nights for me in a long while.  Dinner was as good as I can remember on a Royal Caribbean formal night; crisp shrimp cocktail, garlic-y escargot, a mild lobster bisque and for a change, I ordered the Indian entrée – curry potatoes with basmati rice and yoghurt/cilantro sauce.  The curry was just right, not too spicy or salty.

After dinner my friends and I meandered through the busy promenade, past couples and friends getting their formal night photos.  Snaring a second row seat in the beautiful Arcadia Theater, I was prepared for a same ol’ Broadway revue.  Well, was I wrong.  This was the best show I’ve seen on Royal Caribbean in many years.  The Broadway show selections were spot-on for audience recognition.  The lavish sets were skillfully designed, the costumes were gorgeous and the performers’ energy never lagged. I’m looking forward to the second gala production at the end of the week.

A quick stop at the Café Promenade for a cup of tea to bring to my room and I called it a night.  Tomorrow is a sea day and as always there will be more to do than there are hours in the day!

I’m editor and creator of CruiseMaven.com and a solo traveler who cruises the world on waves and wheels.   As an avid cook, I collect recipes along the way from ships and places.  I hope my articles, reviews, news and photos entertain, advise and inspire you to try solo travel and see the world without flying.  Take a breath… stop for a meal and a glass of wine along the way. 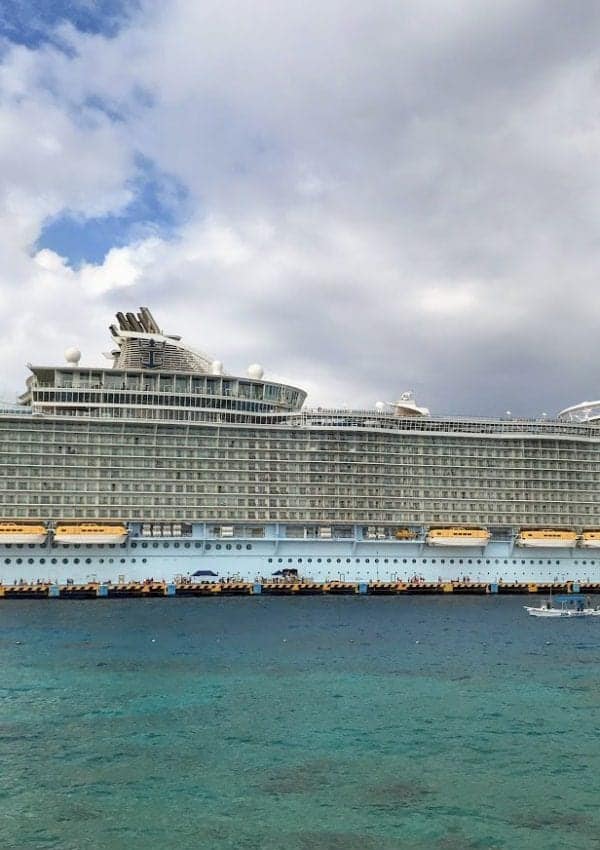